The majority stakeholder of MoviePass has experienced double-digit percentage slides in four of the past eight trading days. The volatility is likely to continue.

MoviePass is hot, but majority stakeholder Helios and Matheson (HMNY 10000.00%) is not. Shares of the analytics company that acquired a nearly 54% stake in MoviePass this summer plunged 20.2% last week. Helios and Matheson stock was also trading sharply lower on Monday by early afternoon, but things never seem to stay the way they are for long when it comes to one of the market's most volatile stocks over the past two months.

The wild swings have seen the shares go from as low as $2.42 last month to as high as $38.86 earlier this month before falling all the way back to the low teens on Monday. The speculation has been painful lately. If Monday's sharp slide holds, it will be the fourth day of the last eight trading sessions with a double-digit percentage decline. 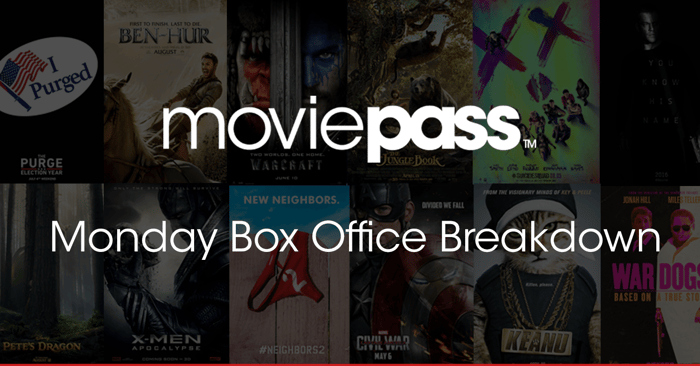 MoviePass is a monthly subscription plan that allows film buffs to see a movie a day at most theaters for just $9.95 a month. Members receive a card that can be used to purchase a single standard screening daily at any multiplex that accepts debit cards.

Trading volume on Helios and Matheson began to tick higher in mid-August when MoviePass slashed its price to $9.95 a month, but it didn't get wild until the company revealed a month later that it had seen its account base grow from 20,000 to 400,000 in just a single month since the price drop. The stock would go on a ridiculous ascent -- it became a 15-bagger in four weeks -- before crashing after its Oct. 11 peak.

Speculators keep working their magic. The stock briefly moved higher on Thursday, reportedly on a chat-room and social-media rumor about MoviePass making an announcement that it had hit a million subscribers. Like most online chatter it proved bogus. The announcement never came.

There's no reason to believe that MoviePass' subscriber count won't hit seven figures soon. All signs point to the platform being unable to keep up with demand, with new members being told last month that it would take two to three weeks to get their MoviePass debit cards. The company also announced last month that it expects to add 2.1 million more accounts by the end of next summer.

The platform's popularity isn't on trial here. The real concern is the model's viability. Outside of a few small chains providing the platform operator with a volume discount, MoviePass has to pay face value for its tickets. It could be in the hole from the very first movie that somebody watches in any given month. MoviePass management feels that there's money to be made in selling user data and in marketing other products to its growing audience, but the math doesn't seem to make sense.

Not every Wall Street pro is down on Helios and Matheson. Maxim's Brian Kinstlinger initiated coverage of the stock with a $20 price target and a buy rating earlier this month. Even noted worrywart Citron Research, which had posted a bearish tweet on the stock when it was rallying, revealed that it covered its short when the stock fell back to $20. The stock has fallen well below the $20 mark now.

The stock is as risky as its model may be flawed, but we'll have to see what MoviePass and its majority stakeholder can do with its growing audience. MoviePass seems unlikely to survive in its current form, but its reinvention could prove interesting when it has hundreds of thousands, if not millions, of subscribers.