Please ensure Javascript is enabled for purposes of website accessibility
Log In Help Join The Motley Fool
Free Article Join Over 1 Million Premium Members And Get More In-Depth Stock Guidance and Research
By Jeremy Bowman - Oct 23, 2017 at 6:29AM

The release of its trademark basketball shoe may be Under Armour's best bet for a comeback this year.

The stock is down 40% as key retail partners have gone bankrupt, the company ditched 2018 guidance calling for $7.5 billion in revenue, and it's seen Adidas (ADDYY 0.10%) take the fashion mantle in sportswear as sales for the German company have soared. Under Armour's brand has also suffered from friendly remarks CEO Kevin Plank made about President Trump and a weak release of its flagship Curry 3 sneakers last year. A recent Piper Jaffray survey of America's teens said Under Armour was the brand males most often said they had stopped wearing.

However, some analysts think good news could be around the corner with the release of the Curry 4, timed with the recent tip-off to the NBA season. 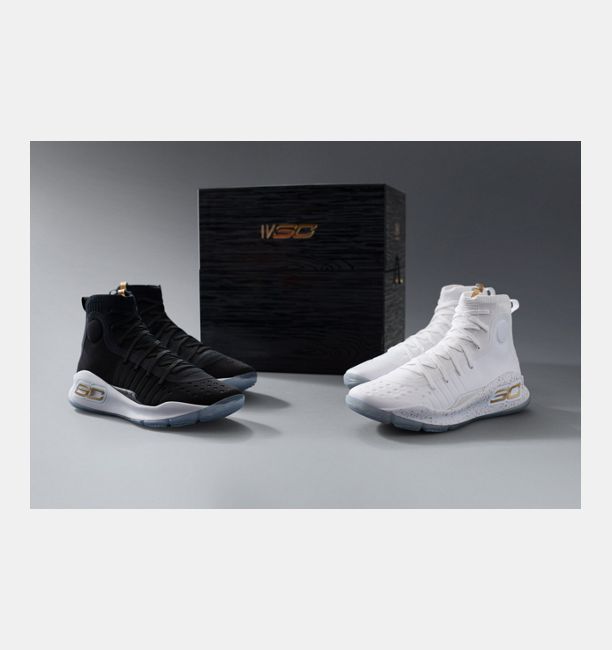 Research firm Jefferies gave the stock a ringing endorsement earlier this week based on strong buzz and high resale values following its limited release on October 7. Analyst Randall Konik said he expected it to be the No. 1 basketball sneaker of the year, saying in a note to clients, "Our calls, store visits, social media analysis and review of StockX pricing of Curry 4 soft launches (official launch 10/27) points to very strong buzz in the market."

He also noted resale premiums of as much as 80%-100% on sites like StockX, and reaffirmed his "buy" rating on the stock with a price target of $28, the most bullish of any analyst covering the sportswear company.

However, it's worth noting that limited releases aren't very accurate predictors of a shoe's success, according to NPD Group Sports Industry Analyst Matt Powell, who even predicted that the number of pairs sold would be down significantly from last year.

Under Armour could certainly use some good news and brand buzz after the year it's had. The latest attack came came from Curry-teammate and NBA Finals MVP Kevin Durant, who said this summer that none of the young players wanted to wear Under Armour, pushing shares down a few points.

Through the first half of the year, sales in North America, its biggest region, are down slightly, and footwear sales were also down 0.1%. Those are the company's two biggest points of weakness as footwear is the biggest category for rivals like Nike (NKE -1.02%) and Adidas, and should eventually be for Under Armour as well if it is to live up to its growth promise. As its home market, North America also figures to be Under Armour's biggest as it currently derives 79% of its revenue from, though international sales are growing fast, up 57% in its most recent quarter.

Indeed, the Curry 4 has been greeted by mostly positive reviews as comments on social media seem favorable, and those who have worn the shoes say they play well. Pre-release orders are also sold out on the website, another positive sign. We'll have to wait a couple of weeks to see if Konik's prediction comes true, but Under Armour management should provide some commentary when they release third-quarter earnings on October 31.

Along with the Curry 4 release, that report should determine how the stock finishes the year. Analysts have set the bar low, calling for just 1.1% revenue growth to $1.9 billion, and earnings per share of $0.19, down from $0.29 a year ago. That's an incredibly low bar for the one-time stock market darling.

The Curry 4 could provide just the spark the stock needs in order to bounce back, but after the series of errors since the weak Curry 3 model, it's unclear if Under Armour can regain the buzz it once had. We'll know more in a couple of weeks.