Please ensure Javascript is enabled for purposes of website accessibility
Log In Help Join The Motley Fool
Free Article Join Over 1 Million Premium Members And Get More In-Depth Stock Guidance and Research
By Travis Hoium - Updated Oct 23, 2017 at 6:36AM

The Las Vegas Strip is currently home to two professional sports franchises, with the Raiders scheduled to move in just down the road.

Events are the name of the game in Las Vegas right now, and gaming companies are looking for any big-name event they can get. That's a big reason why MGM Resorts (MGM -0.50%) is buying the San Antonio Stars WNBA team and moving it to the Mandalay Bay Events Center on the south end of the Las Vegas Strip.

In the last few years, Las Vegas has attracted an NFL team, an NHL team, and now a WNBA team. It has also built a stand-alone arena -- MGM's T-Mobile Arena behind New York-New York -- and begun construction on an NFL arena. Las Vegas is betting big on sporting events, but it's not yet clear if the Las Vegas Strip is a great home for sports long-term. 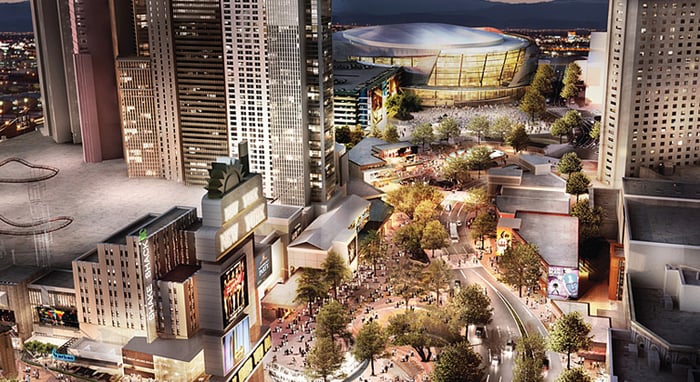 It wasn't disclosed how much MGM is paying for the Stars, but the cost isn't really the point. MGM is trying to bring people to its arenas and resorts to spend money on hotel rooms, gambling, and drinks. Notice that the team will play in Mandalay Bay, the far end of the Strip where most of the neighboring resorts are owned by MGM, giving it upside in any spillover spending.

What makes the move striking from the WNBA's perspective is that sports leagues have been moving away from corporate ownership. Companies like Disney, The Tribune Co., and News Corp have all owned sports teams in the past, but major leagues have moved away from the model, in part to keep ownership with free-spending individual owners. The WNBA must see some value in the Stars being owned by a big corporation in Las Vegas.

The WNBA and NHL may not be what Las Vegas needs

What's odd about the WNBA and NHL having a home on the Las Vegas Strip is that the entire area is built for visitors. People come to Las Vegas for entertainment they can't get at home and MGM, in particular, is now offering something I can get within walking distance of where I live in Minneapolis. Why would I go to Las Vegas and spend my time at a Wild or Lynx game when I can see both teams at home? Some diehard fans might like the chance to see a team from home play when traveling to the gambling and entertainment mecca, but otherwise, I don't see it having a huge impact on the leagues as a whole.

This is counter to the events Las Vegas is known for. The last two Floyd Mayweather fights sent room rates soaring around the city and brought millions in from high-end gamblers. MMA fights, Cirque du Soleil shows, and big-name concerts are known for pulling people to the city from thousands of miles away because they're unique events.

The WNBA, on the other hand, has teams all over the country and reported average attendance of just 7,716 per game during the 2017 season, meaning a 34-game season will attract fewer people than your average Cirque du Soleil show on the Strip. I'm not sure it'll move the needle for MGM or Las Vegas in general.

A strange place for the WNBA

MGM is trying to bring more entertainment to the Las Vegas Strip -- that's what's behind the acquisition of the San Antonio Stars. But I question whether it's the kind of entertainment that will drive growth on the Las Vegas Strip. Visitors to the region are looking for unique experiences they can't get at home, and that draws in people willing to spend at resorts. That's probably now what MGM will get with the WNBA, especially with other professional sports becoming commonplace in Las Vegas.