Nasdaq Inc. (NDAQ -0.53%) was able to supplement decent top-line growth with firm control of its overhead expenses in the third quarter, as its earnings filing on Wednesday revealed. The result? Some pretty impressive bottom-line numbers: 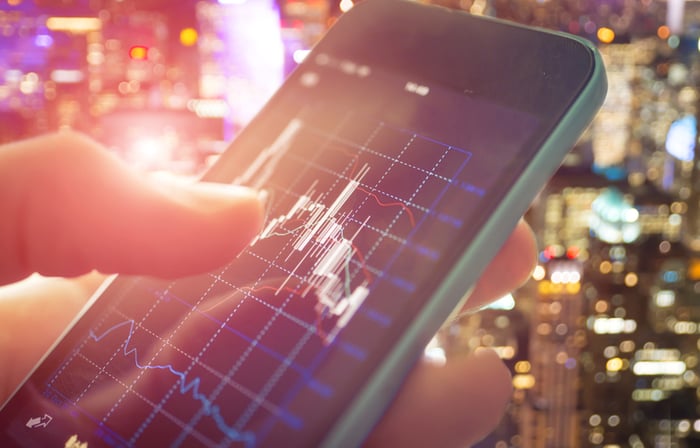 In Nasdaq's earnings release, CEO Adena Friedman discussed a review of strategy that resulted in a reordering of company priorities, in which data and analytics services to clients will be emphasized:

"...we completed a strategic review and initiated a business pivot to move more of our resources behind our most sizable growth opportunities. Initial actions supporting this new direction include organic investment in our Market Technology and Information Services businesses. Additionally, we completed the acquisitions of eVestment and Sybenetix, and made the decision to explore strategic alternatives for our Public Relations Solutions and Digital Media Services businesses within our Corporate Solutions business."

"...we have refined our framework for deploying capital and internal resources to support the growth objectives of our fastest growing businesses, while remaining committed to continuing our strong capital return track record. These actions are expected to bolster our ability to deliver on our double-digit total shareholder return target."

Both statements reflect the company's desire to diversify revenue from its legacy trading base to software and information services, while dispensing with business lines that won't meaningfully impact growth or earnings.

Nasdaq doesn't provide revenue or earnings guidance, but does update changes on projected year-long expense. In its earnings release, the company revised the bottom of its non-GAAP full-year expense range upward by $15 million, to $1.275 billion, leaving the top unchanged at $1.290 billion. The increase is due to the closing of the eVestment and Sybenetix transactions. After Nasdaq's admirable expense discipline over the last three months, shareholders can expect that it will hit this targeted range as closes out a profitable year.

Technology Investments Bear Fruit for Nasdaq in the Third Quarter