Please ensure Javascript is enabled for purposes of website accessibility
Free Article Join Over 1 Million Premium Members And Get More In-Depth Stock Guidance and Research
By Adam Levy - Oct 25, 2017 at 11:00AM

Walmart.com might become an online shopping mall that sells other retailers' goods, too.

Wal-Mart is reportedly partnering with Lord & Taylor to bring its e-commerce operations to Walmart.com. Wal-Mart would provide a special section of its website for Lord & Taylor, and the department store would still be responsible for stocking inventory and fulfilling orders. The only difference is orders would come from Walmart.com.

The move is part of a broader effort to transform Walmart.com into an online mall. It would enable Wal-Mart to gain access to higher-end brands, which have eschewed Wal-Mart due to its discount brand association.

But Wal-Mart's attempts to please everyone -- brands, partner retailers, and shoppers -- could result in nobody being happy. 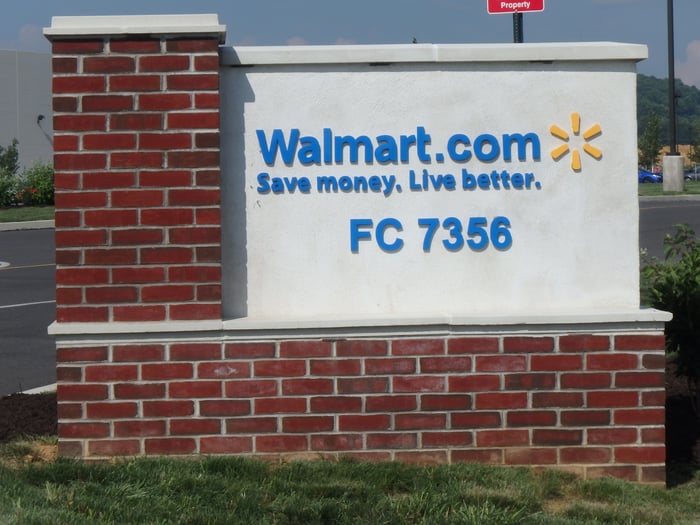 Struggling to keep up with Amazon's selection

Lord & Taylor is just the first of what Wal-Mart plans to be many retail partners. The Wall Street Journal reports Walmart.com will also include sections for company-owned Jet.com and Bonobos. Adding more retailers into this online mall (for lack of better term) will certainly broaden the selection on Walmart.com.

Wal-Mart has really focused on expanding the selection of items on its website over the past year. It's grown from about 10 million items to 67 million items over the last five quarters. The growth is thanks in large part to third-party merchants selling on Walmart.com's marketplace.

Still, it's well short of Amazon's selection. Baird's Colin Sebastian estimates there are 100 million products on Amazon's marketplace eligible for Prime shipping. There are millions more that third-party merchants ship themselves without guaranteed two-day delivery.

Online shopping is about more than selection

Shopping on Walmart.com isn't a great experience. Unlike Amazon, which combines inventory from multiple merchants into a single product listing through its Fulfillment by Amazon (FBA) program, Wal-Mart's listings are disjointed. Searching for what you're looking for on Wal-Mart.com can be more like browsing through listings on eBay than shopping on Amazon.

Special sections for individual retailers on Walmart.com will only make Wal-Mart's product selection more disjointed. If a customer can't find what he's looking for right away, he's more likely to abandon the website than to complete an order. That doesn't help Wal-Mart or partners like Lord & Taylor.

If Wal-Mart's growing selection of items isn't well organized and easily searchable, shoppers still won't be able to find what they're looking for on Walmart.com.

Amazon has taken a very different approach to retail over the last decade. It's taken its original retail business and used it to launch a portfolio of services. Several of those services go toward providing visitors with a better online shopping experience.

Amazon's FBA program, for example, provides shoppers on its website with fast shipping and better customer service, sometimes acting as a go-between between customers and merchants. That makes returns and other customer service problems as easy as buying an item in the first place.

Wal-Mart's marketplace doesn't offer that. If a customer buys an item from a third-party merchant, the buyer can't return the item to a Walmart store or Walmart.com. Wal-Mart won't handle any other customer service issues with third-party merchants either. That can be confusing for shoppers.

Because Amazon is able to provide a better shopping experience, its shoppers keep coming back, they keep renewing their Prime memberships, and more and more are beginning their online product searches at Amazon.com.