Despite handily beating analyst estimates and bumping up its full-year guidance in the third-quarter report it delivered after the bell Tuesday, shares of Advanced Micro Devices (NASDAQ:AMD) sank about 8% at market open on Wednesday.  New products, including Ryzen CPUs and Vega GPUs, drove a double-digit increase in revenue, and AMD returned to profitability. But investors sold off the stock regardless.

What's going on? Expectations were simply too high. Shares of AMD quadrupled in 2016 on the hope that new products would make the company competitive again. Those products did their job during Q3, but not to the degree required to justify the stock's frothy valuation. 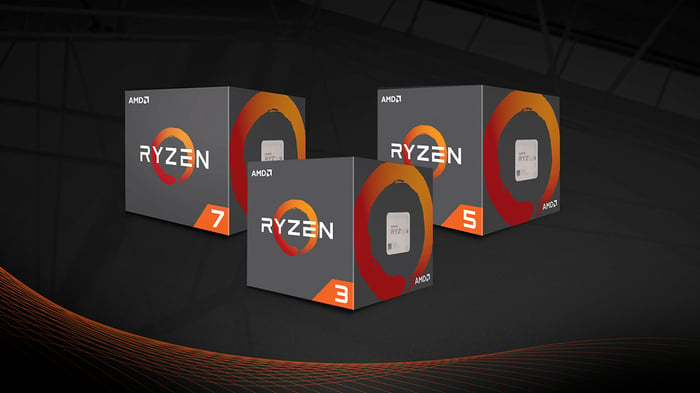 A beat and raise

AMD produced $1.64 billion of revenue in Q3, up 26% year over year and about $130 million higher than analysts were expecting. Its core computing and graphics segment generated revenue of $819 million, up a whopping 74% year over year. The launches of Ryzen and Vega, along with elevated GPU demand from cryptocurrency miners, drove that impressive increase. The enterprise, embedded, and semi-custom segment produced roughly flat revenue of $824 million.

AMD CEO Lisa Su asserted during the conference call that Ryzen 5 and Ryzen 7 chips reached a desktop market share of 40% to 50% at strategic e-tailers worldwide. On the graphics side, AMD saw strong demand from both PC gamers and those using GPUs for cryptocurrency mining. Su predicted that cryptocurrency-related demand will soon level off, although it could also collapse at any time if the mania for unregulated digital money dissipates.

AMD produced GAAP earnings per share of $0.07 and non-GAAP earnings per share of $0.10. Analysts were expecting non-GAAP EPS of $0.08. The core computing and graphics segment turned profitable, producing $70 million of segment operating income, up from a loss of $66 million in the prior-year period. The enterprise-embedded, and semi-custom segment saw segment operating income decline by 38% year over year to $84 million. Weaker sales of game console chips were a factor in that decline.

AMD forecasts that Q4 revenue will surge 26% year over year. The quarter is seasonally weak for AMD, so this represents a 15% sequential decline. Based on its strong Q3 performance, AMD now foresees full-year revenue growing by more than 20%, up from previous guidance calling for a mid-to-high-teens percentage increase.

AMD's third-quarter was strong, and its guidance was solid as well. But shares of AMD closed on Tuesday, prior to the earnings release, at $14.25, a level that baked in far too much optimism. That price represents a market capitalization of $13.5 billion, nearly three times trailing-twelve-month sales and 19 times AMD's target for 2020 non-GAAP earnings. The company sees non-GAAP earnings rising to $0.75 in 2020, which would represent near-record net income.

Can AMD hit that target? Sure, if Ryzen, Vega, and EPYC produce the kind of growth the company is expecting over the next few years. But the stock was priced prior to earnings as if hitting that target was a sure thing. It's not. AMD faces intense competition from Intel and NVIDIA, and there's a lot that can go wrong.

Sometimes, an overwhelmingly good quarter simply isn't enough. In this case, AMD's frothy stock needed more than what the company could deliver to stay afloat. When a successful turnaround is already priced in and then some, simply executing that turnaround won't be enough to drive the stock higher.

As AMD continues to produce growth over the next few quarters, investors should remember to view its results through the lens of market expectations.