Some trends change small groups or societies, while others change the entire world.

The world around us is changing daily, it seems -- it's becoming more digitized, connected, and advanced in a host of ways. While there are many megatrends underway, we asked our investors for three trends that stood above the rest. The list includes software as a service (SaaS), artificial intelligence (AI), and widespread consolidations across multiple industries, and offers several stock ideas to ride the megatrend wave.

Tim Brugger (SaaS): The cloud is already a multibillion-dollar market opportunity, and by most accounts we're just scratching the surface. As vast and widespread as the opportunities in the cloud are, one area stands above the rest: cloud software as a service.

Second only to cloud advertising, the $46.3 billion in revenue SaaS offerings will generate this year leads the pack of infrastructure as a service (IaaS), business process services, and data security, among other cloud segments. Better still, not only is SaaS delivered via the cloud the hands-down largest revenue driver, in 2020 it's expected to generate a mind-numbing $75.7 billion.

A peek at Microsoft's (MSFT 1.07%) latest earnings release speaks directly to the upside SaaS represents. In the trailing 12 months, Microsoft's cloud revenue has climbed to just shy of $19 billion -- a primary reason its stock is up 26% year-to-date.

On a percentage basis, Microsoft's cloud platform Azure grew the most, up 97% compared to a year ago. However, Azure is a low-margin means to an end for Microsoft to drive SaaS revenue. Last quarter commercial Office 365 sales rose 43% and the resurgent Dynamics 365 CRM revenue jumped 74%, to name two examples.

Thanks in large part to its SaaS offerings, Microsoft's $18.9 billion annual cloud revenue run rate is a mind-boggling 56% increase over last year's $12.1 billion run rate. Microsoft isn't the only SaaS-focused cloud provider; IBM and Oracle are two more of the many stocks to invest in the cloud SaaS opportunity. 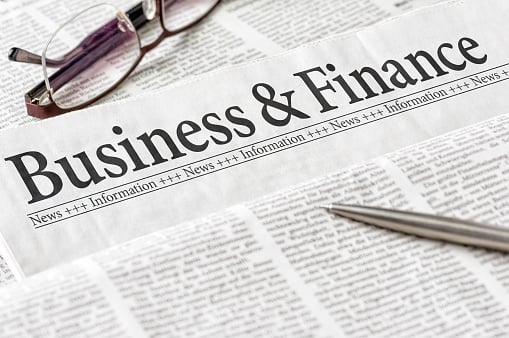 Chris Neiger (AI): It seems that nearly every major technology company is focused on the growing artificial intelligence market. Apple, Alphabet (GOOG -0.27%) (GOOGL -0.21%), Microsoft, and many others are buying the notion AI will grow into a nearly $60 billion market by 2025.

It's tempting to think that AI is just a pipe dream, but the technology is moving closer to reality. A recent report by Gartner says that 20% of companies will use workers to oversee AI neural networks -- the core AI technology that allows computers to process information in similar ways as humans -- just two years from now. Gartner said, "AI continues to drive change in how businesses and governments interact with customers and constituents."

Google already uses machine-learning algorithms to sort pictures in its Google Photos app and even gives away similar tools to developers to build their own machine-learning apps. Governments are also looking to AI to create smarter cities by using it to sift through traffic-camera footage and suggest better traffic patterns, and even monitor for crime.

Any of the companies I've already mentioned would make a solid AI investment, but investors who want a stock knee-deep into this megatrend should start with NVIDIA (NVDA -4.20%). The company makes graphics processing units (GPUs) that are able to process vast amount of information quickly, which has made them an integral part of AI cloud-computing systems for Alphabet, Microsoft, and others.

But NVIDIA isn't just making AI cloud computing a reality. It uses its GPUs to power semi-autonomous driving software -- called Drive PX 2 -- has created its own AI platform for smart cities, and sells its own DGX-1 AI server for researchers.

NVIDIA says its total addressable market for GPUs in AI servers, autonomous cars, smart cities, and other segments will total nearly $40 billion over the next eight years.

NVIDIA earns AI revenue from its data center business, which accounts for just 18.6% of total sales right now. But NVIDIA is already in a perfect position in many AI segments, which means that as artificial intelligence grows, so should its top line.

2015 saw Dow Chemical merge with DuPont in a $130 billion stock deal, A-B InBev completed its $103 billion acquisition of SABMiller last year, and AT&T is currently waiting on regulatory approval for its $85 billion bid to buy Time Warner. Earlier this year, Kraft Heinz put up a $143 billion offer to merge with Unilever. Apple has been rumored to have an interest in buying Disney, while Disney was rumored to have designs on Netflix and recently confirmed that it had looked into purchasing Twitter. It's enough to make your head spin.

Many of these merger initiatives are conducted with the hopes of expanding addressable markets and realizing operational synergies within the same industry, but there's also a push to acquire companies that can add to a business's overall ecosystem by branching into new categories. Looking at the AT&T and Time Warner deal as an example, the wireless giant sees the pending acquisition as an opportunity to expand into the content-production space, integrate assets like HBO into new service packages, and use its digital ad platform to secure higher advertising rates for Time Warner content.

Many of these deals will wind up benefiting shareholders over the long term, but investors should also be wary of "diworsification" and the danger of companies shelling out for overvalued assets amid the broader acquisitions rush.