Please ensure Javascript is enabled for purposes of website accessibility
Log In Help Join The Motley Fool
Free Article Join Over 1 Million Premium Members And Get More In-Depth Stock Guidance and Research
By Lee Samaha - Oct 26, 2017 at 10:54AM

The software company's earnings results met expectations in some areas but missed in others.

Engineering design software company Dassault Systemes (DASTY 0.68%) reported a mixed set of third-quarter results. The underlying earnings are strong and the company is strategically setting itself up for long-term growth with its new licenses sales and exciting deals with large companies like Boeing and Scania. However, there was some near-term weakness in services revenue, and management was forced to lower full-year margin and earnings expectations due to adverse currency movements. Let's take a closer look at the quarter. 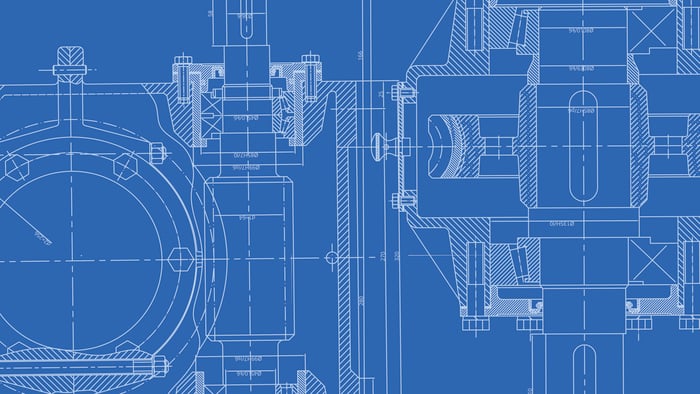 France-based Dassault reports in euros using International Financial Reporting Standards (IFRS) and non-IFRS accounting (equivalent to how U.S. companies report GAAP and non-GAAP numbers) but generates around 58% of its revenue outside Europe. In other words, its revenue and earnings are moved by changes in currency -- a particularly relevant point in this quarter's earnings and guidance.

Starting with the headline numbers in the quarter:

In a nutshell, constant-currency revenue growth was a bit light, but margin came in line with expectations.

As you can see above, adverse currency movements impacted third-quarter earnings, and they also caused management to lower full-year margin and earnings expectations. However, management also reduced full-year revenue growth expectations due to a combination of currency impact and services revenue that was lower than previously anticipated.

A look at full-year guidance:

As noted above, services revenue growth was weaker than expected, declining 3% in the quarter. CFO Thibault de Tersant discussed the matter on the earnings call and claimed that the 82.3 million euro figure was 9 million euros below the company's expectation. Tersant attributed half of the shortfall to delays in contract signings and the rest to "project work that is now going to system integrator partners and that we expected to be compensated for by several brands."

However, services revenue is a relatively small part of Dassault's revenue, and even though the shortfall helped reduce full-year revenue growth expectations, it didn't impact margin or earnings expectations. 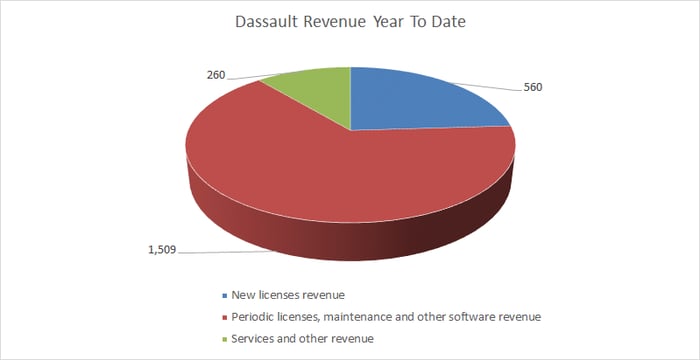 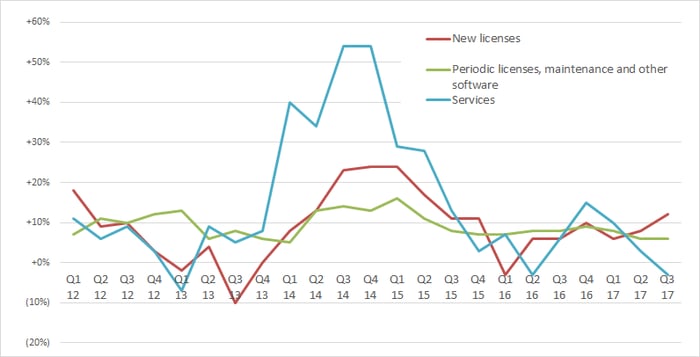 Growth in new license sales is good news because it's the key to future periodic and maintenance software growth -- how Dassault generates the bulk of its revenue.

Moreover, management lauded the signing of a deal with Scania to implement its 3DExperience platform. The platform allows users of Dassault's engineering design software to collaborate with other company functions (such as marketing, sales, research and development, support, etc.) in order to create and support products.

At the beginning of the year, management claimed it had passed an inflection point in customer adoption of the 3DExperience platform, and the Scania deal is further evidence, following from the Boeing deal, that it's becoming increasingly relevant to Dassault's customers. Indeed, CEO Bernard Charles claimed that 3DExperience new licenses "represented about one-third of the related new licenses revenue."

Moving into the fourth quarter, investors will want to see double-digit growth in new licenses accompanied by ongoing growth in 3DExperience-related software sales. Dassault Systemes is achieving its main aims for 2017 even if adverse currency movements and weaker service revenue are holding the company's earnings back in the near term.