What should be the media giant's final quarterly report showed off the power of popular TV and movie content.

In what's likely to be its last quarterly report before merging with AT&T (T 1.67%), Time Warner (TWX) posted earnings results this week that demonstrated the value of hit TV and movie content.

Each of the entertainment giant's core divisions posted higher sales and profits thanks to a portfolio of releases that did well both in movie theaters and in homes, including the horror film It and Game of Thrones. 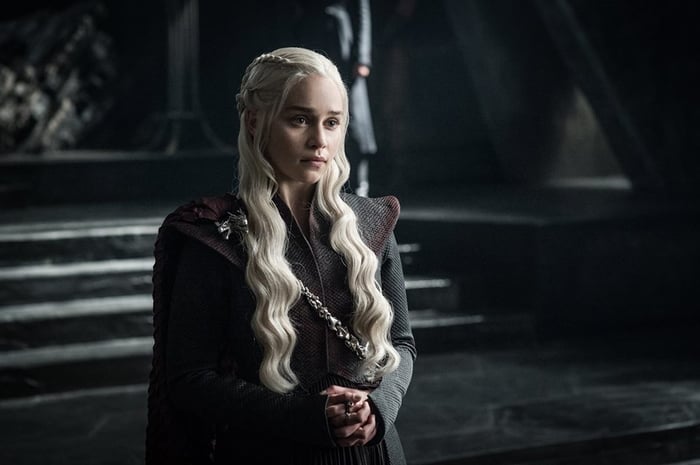 CEO Jeff Bewkes said the numbers met management's high expectations. "We delivered very strong third-quarter results, keeping us on track to achieve our objectives for 2017," he said in a press release. Bewkes noted that the success of It added to a great run at the box office for the company, with Dunkirk, Wonder Woman, and Annabelle: Creation all contributing to its No. 1 spot among movie studios so far in 2017.

Executives believe the HBO platform has a bright future ahead, too, having just dominated the Emmy awards for the 16th straight year following a blockbuster run for its Game of Thrones series. "These highlights reflect our continued focus on executing our strategy, which includes both creating the most engaging content and advancing the ways that consumers can enjoy and experience our content and brands across platforms," Bewkes said.

Bewkes and his team affirmed their broad 2017 targets that call for high-single-digit profit gains. As for the specific operating divisions, they see advertising growth returning to the Turner segment next quarter even as expenses moderate. Profitability will shrink at HBO, meanwhile, due to the timing of original content spending. And Warner Bros. will see its earnings dip slightly, as the prior-year period benefited from the hit Suicide Squad release.

Time Warner still thinks its merger is on track to meet all regulatory conditions and finalize before the end of the year. After that, its growing portfolio of TV and film content is set to begin lifting AT&T's operating results.