Shares of Oceaneering International (OII 0.38%) are getting pummeled on Thursday, and were down more than 19% as of 11:54 a.m. EDT. Fueling the selling frenzy were the offshore product and service company's lackluster third-quarter report, and its downbeat outlook for 2018.

Oceaneering International reported a loss of $1.8 million in the third quarter, or $0.02 per share,  which missed expectations by $0.01 per share, and was a reversal from last quarter's $0.02 per share profit. Revenue also took a step backward, falling 13% to $476 million. That said, for the most part, results were right in line with its expectations heading into the quarter; only the company's remotely operated vehicles segment slightly underperformed, because its ROVs spent less of their time operating in regions where it charged higher day rates. 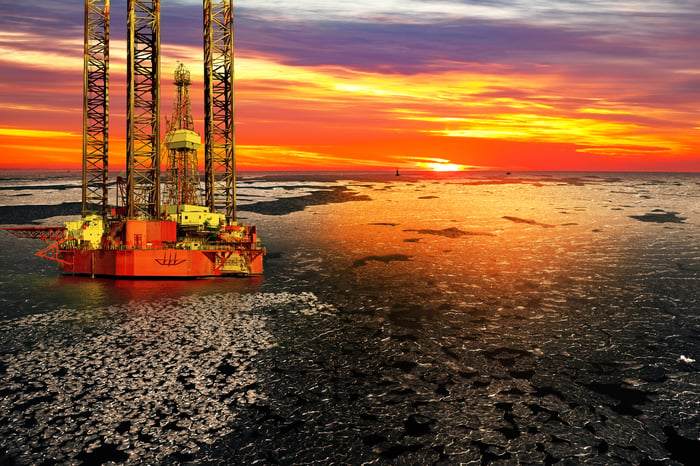 Oceaneering got a chilly reception to its outlook. Image source: Getty Images.

The weaker earnings aside, the real driver of Thursday's share price decline was the company's outlook. CEO Rod Larson noted in the press release that the company's "fourth quarter results will be considerably lower" than the third quarter "due to seasonality and a reduced level of activity." Worse yet, he believes that "2018 earnings will be significantly lower than 2017" given current expectations for industry activity and spending levels.

Further, he anticipates that the company will generate just enough cash to service its debt and fund anticipated maintenance and growth capital expenses. That tight cash flow outlook led an analyst from Piper Jaffray to believe that the company will likely suspend its dividend next year to preserve the health of its balance sheet.

Oceaneering's dim view of the offshore drilling market stems from the fact that producers appear poised to cut investment spending again next year. Because of that, the company doesn't expect a pickup in offshore activity levels until the second half, though that time frame could get pushed out even further if oil prices remain weak. This uncertainty suggests that it could be quite some time before Oceaneering's results finally start recovering.