The world is moving steadily away from cash and toward digital forms of payment.

Visa (NYSE:V), however, would like to accelerate this trend. The largest credit card processor is offering businesses as much as $10,000 to use toward "going cashless" activities, as part of its Cashless Challenge. 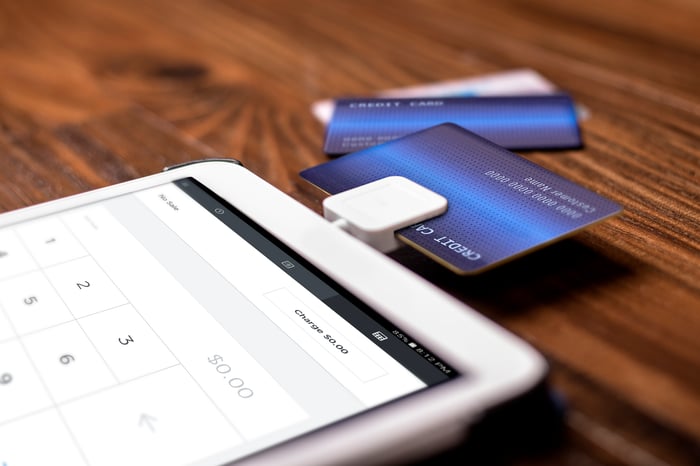 Efforts like this -- combined with the general rise in electronic transactions here in the U.S. and across the world -- are helping to drive Visa's revenue and profits higher, as can be seen in the company's fiscal fourth-quarter results.

Net operating revenue increased 14% year over year to $4.9 billion, as the number of Visa cards in use worldwide rose to 3.2 billion, up from 2.5 billion in the year-ago quarter.

Service revenue, which is recognized based on payment volume in the prior quarter, jumped 20% to $2.1 billion, as payments volume leapt 39% on a constant dollar basis to $1.9 trillion. And in the past three months (ending Sept. 30), payments volume -- which slowed in the U.S. due to the lapping of last year's major partnership wins -- increased 10%.

Data processing revenue rose 16% to $2.1 billion, as the number of transactions processed on Visa's network increased 13% to 29.2 billion. International transaction revenue grew 20% to $1.8 billion, while constant dollar cross-border volume increased 10%. And client incentives, which are a contra revenue item, were $1.3 billion. That represented 21.7% of gross revenues, compared to 18.9% in the year-ago period.

"Visa ended our fiscal year as we began, with strong growth across payments volume, cross-border volume and processed transactions, which was bolstered by the addition of Visa Europe," CEO Alfred Kelly said in a press release. "As we look ahead to fiscal 2018, we are positioned for sustained growth and remain confident in our ability to continue delivering strong shareholder value."