Please ensure Javascript is enabled for purposes of website accessibility
Log In Help Join The Motley Fool
Free Article Join Over 1 Million Premium Members And Get More In-Depth Stock Guidance and Research
By Steve Symington - Oct 27, 2017 at 9:00AM

Bad stateside weather did the brewing giant no favors. But its global brands helped pick up the slack.

It's been just over year since Anheuser-Busch InBev (BUD 1.62%) completed its $100 billion megamerger with SABMiller. If the global popularity of its most popular brands is any indication, the brewing juggernaut has never been been stronger.

But that wasn't enough to completely satisfy the market when AB InBev released mixed third-quarter results late Wednesday; shares fell around 1% on Thursday as investors digested the news. Now that the foam has settled, let's dig deeper to see how AB InBev kicked off the second half of the year. 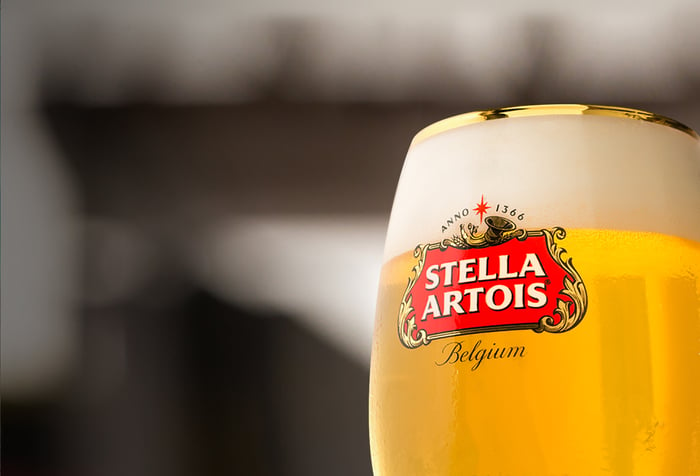 Data source: Anheuser-Busch InBev.  *Reference base, which includes the results of SABMiller as if the combination had taken place at the beginning of Q4 2015, and excludes results of businesses sold since the combination was completed. **As reported.

In a prepared statement, AB InBev management called it a "solid" quarter, in particular lauding the performances of their three main global brands "outside their home markets."

"As we enter the final months of the year," they elaborated, "we will continue to push ourselves toward a strong finish. We have plenty of opportunities ahead of us, and look forward with excitement to further building on our dream of bringing people together for a better world."

AB InBev once again reiterated its broad expectation for total revenue growth to accelerate in fiscal 2017, led by global brands and commercial plans including ongoing revenue management initiatives. In addition, with the merger of SAB continuing to progress well, AB InBev increased its goal for capturing cost synergies from the merger by $400 million to a total of $3.2 billion. So far, AB InBev has yet to capture roughly $1.45 billion of that total, but expects to do so within the next three years.

In the end, AB InBev's top-line shortfall -- at least relative to investors' expectations -- wasn't surprising as the global brewing industry grows ever more crowded. But thanks to its unrivaled reach and solid profitability, AB InBev is more than up for the challenge as it operates from a position of strength. So while its modest share price decline on Thursday is understandable with the stock trading near a 52-week high, I think AB InBev's long-term thesis appears to remain intact.