Could a merger be in the works?

Shares of Axalta Coating Systems Ltd (AXTA 1.36%) jumped as much as 18.6% in trading midday Friday after reports of a potential merger were reported by Reuters. At 3:15 p.m. EDT, shares had settled down slightly, but were still up 16.6% on the day.

Reuters is reporting that Dutch company Akzo Nobel NV has approached Axalta about a possible merger to create a coatings giant. Akzo itself fought off a buyout attempt from PPG earlier this year and may see the need to expand through its own merger to stay competitive in the market. 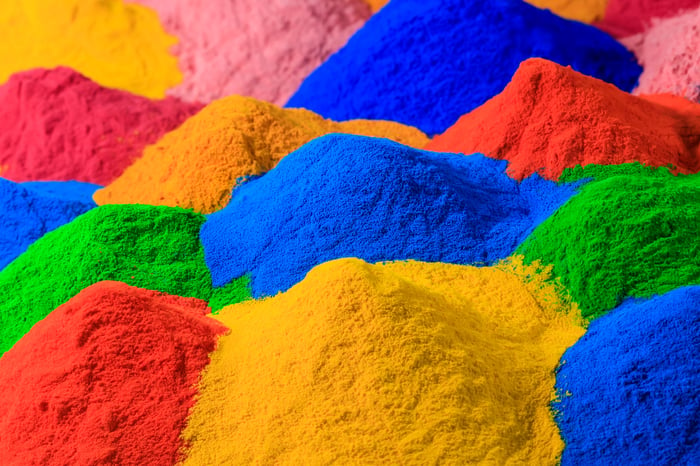 Akzo is spinning off its specialty chemical division, and a deal with Axalta would give both companies more power in the coatings market globally. Given the mergers by other competitors in paint and coatings, it makes sense that both companies would try to find ways to combine forces to stay competitive.

There's no guarantee a deal will go through, or at what price, and Axalta is reportedly early in its process of considering a deal. As a result, buying on the news today is highly risky because shares could easily give back the gains if either company says there's no deal. With that said, both companies have an incentive to increase their scale in the market, so they'll likely look at a combination very closely.