Find out how these stocks powered the market higher.

Friday was a blockbuster day on Wall Street, as earnings results from some of the largest technology companies in the market helped power the Nasdaq Composite Index to a gain of more than 2%. Those stocks' rises filtered out into the S&P 500 and Dow Jones Industrials as well, but to a somewhat lesser degree, with those benchmarks finishing the day up by less than 1%. Investors have been waiting to see if the companies that have been the big growth engines for the overall economy would start to misfire, but the news from this earning season so far appears just as good as it has been for the last several years now.

Microsoft (MSFT 1.28%), Align Technology (ALGN -1.80%), and Intel (INTC 0.82%) were among the best performers on the day. Below, we'll look more closely at these companies to tell you why their stocks did so well.

Microsoft climbs into the cloud

Shares of Microsoft jumped 7% in the wake of the release of its fiscal first-quarter 2018 results. The tech giant said that revenue climbed 12%, lifting net income by 16% as Microsoft's internal shift in emphasis continued to take hold. As CEO Satya Nadella said, "Our results reflect accelerating innovation and increased usage and engagement across our businesses as customers continue to choose Microsoft to help them transform." The company continued to see its customers seek to transform their digital presences to take advantage of new capabilities from the tech sector. Cash cows like the Office productivity suite kept showing solid performance, but huge gains like the near-doubling of revenue from Microsoft Azure pointed to the importance of the cloud for its future. So far, Microsoft has answered the call and found ways to take full advantage of cloud-related demand. 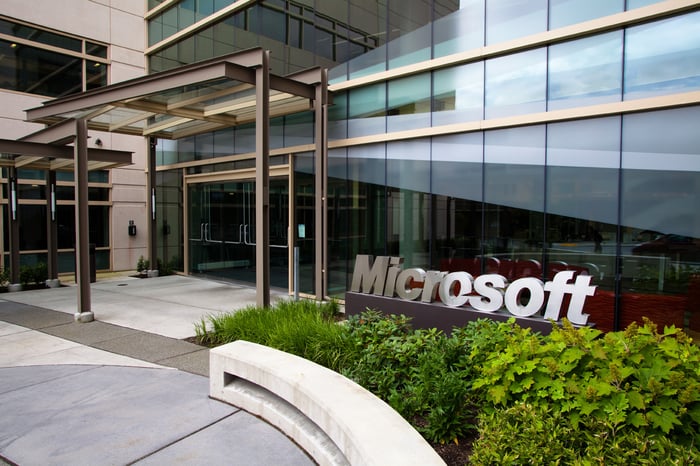 Align looks brighter than ever

Align Technology climbed 16% after posting its own report from the third quarter. The maker of the Invisalign orthodontic device said revenue jumped by 38.3% on a 32.8% rise in Invisalign case shipments. Shipments to teenage patients were up by nearly half, showing the company's successful transition from oriented more toward adults and balancing its exposure to its target patient base. A strong outlook for the fourth quarter also made investors more confident in Align Technology's long-term promise, and with the potential to expand to provide treatments for more severe forms of dental problems, shareholders hope to see its growth accelerate.

Finally, Intel shares picked up 8%. The chipmaker released its third-quarter report late Thursday afternoon, in which it said revenue of $16.1 billion was up 6% from year-earlier figures excluding the McAfee business. Intel pointed to the exceptional results from its data-centered businesses, which posted a 15% increase in segment revenue, and CEO Brian Krzanich highlighted innovations in artificial intelligence, autonomous cars, and the Internet of Things as drivers of the company's stronger performance. Intel's core client computing group still faces challenges however; sales were flat year over year, and the biggest growth drivers are still extremely small compared to its historical focus areas. Nevertheless, the company is making progress, and investors believe there are more gains to be had if it keeps executing well.