After enduring quarter after quarter of disappointing results, investors held out hope that toymaker Mattel, Inc. (NASDAQ:MAT) might finally begin to show signs that the turnaround it has long sought would finally begin to materialize. The company laid out a plan earlier this year at an investor day presentation to get things back on track and had slashed the dividend by 61% from $0.38 to $0.15 to finance some of those initiatives.

Unfortunately, a bankruptcy filing by key customer Toys R Us, which accounts for an estimated 11% of Mattel's sales, cratered its results. The company struggled with tighter inventory management by retailers and dismal results across all its brands, causing third quarter sales to plummet. Now Mattel is suspending its dividend completely, and investors balked, sending shares down as much as 28% in after-hours trading. 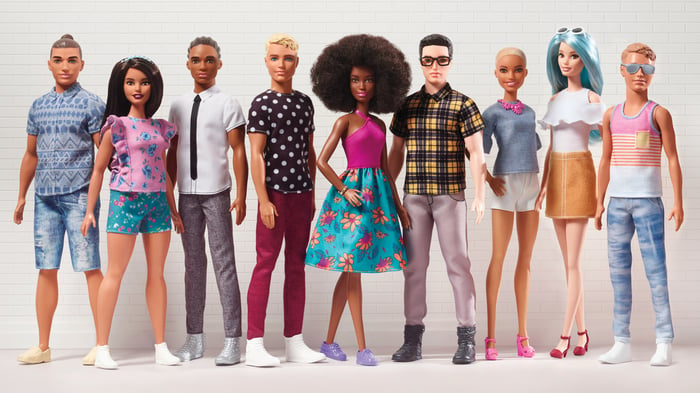 Even the new Fashionistas line could help Mattel this quarter. Image source: Mattel.

Not in the mood to play

For the just completed quarter, Mattel saw net sales fall to $1.56 billion, a decline of 13% year over year, and far below the consensus estimate of $1.82 billion expected by the 11 analysts surveyed by Yahoo!Finance. This resulted in a loss of $1.75 per share, a far cry from the $0.59 per share profit expected by analysts. Adjusting for one-time charges, earnings per share were $0.09.

North American sales were hit especially hard, as gross sales declined 22% year over year, partially due to the Toys R Us bankruptcy. Worldwide gross sales fell 13% as reported and 15% in constant currency compared to the prior year quarter.

Sales fell hard in every major category. Mattel Girls and Boys were $967 million, down 9% year over year, while Barbie sales declined 6%. The Other Girls segment, which includes Monster High and DC Super Hero Girls, took the worst hit, down 40% compared to the prior year quarter. Mattel's direct to consumer American Girl brand also plummeted, with sales down 30%.

The closest thing to good news was that international sales remained largely flat.

Cutting costs and killing the dividend

It was hard to find anything positive in the report, though CEO Margo Georgiadis tried: "Despite these challenges, we are making strong progress against our transformation plan, which we believe will deliver step change revenue growth and profitability."

In the wake of these disastrous results, the company revealed that it would significantly expand its initiative to reduce waste and slash expenses. Mattel now expects to cut $650 million in net costs over the next two years, more than triple the $200 million the company had originally proposed at its investor day presentation in June.

Mattel also said it would suspend the dividend beginning with the fourth quarter of 2017, which had paid $0.15 per share per quarter. The company estimates that this move will save the company an estimated $50 million per quarter, saying it would "increase financial flexibility, strengthen the balance sheet and facilitate strategic investments."

Running for the exits

It's easy to see why investors are fleeing en masse. Mattel has been on a downward spiral since the company lost The Walt Disney Company's Princess and Frozen lines back in September of 2014. Mattel brought in Georgiadis to right the ship earlier this year, and the company detailed its recovery plans in June.

Mattel certainly couldn't have predicted a bankruptcy by a key customer, so this just adds insult to injury. Investors have grown impatient over the last three years and Mattel certainly has its work cut out for it.