Find out why the chief financial officer was excited about an on-time product launch.

High-end action-camera company GoPro (GPRO -1.07%) has had a difficult couple of years with declining revenue, a glut of inventory on retail shelves, and a sloppy product transition to the HERO5. With the stock down almost 90% in the last three years, investors are looking for some light at the end of the tunnel. 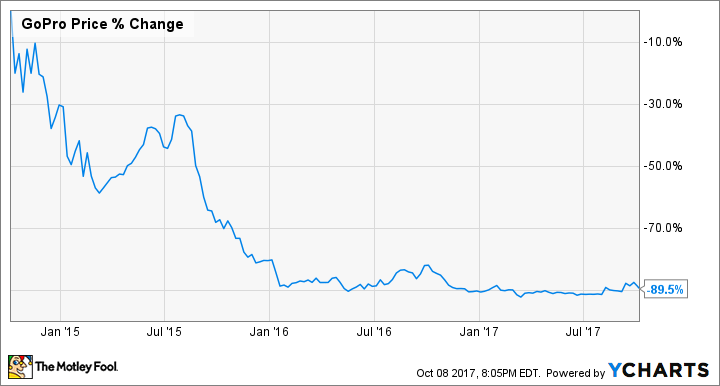 Brian McGee, GoPro's chief financial officer, sat down for an interview at the Citi 2017 Global Technology Conference in early September and talked about the company's then upcoming HERO6 launch, and why being on time was advantageous for customers, its retail partners, and the company's financial metrics.

On time and available for customers

Quite simply, the best benefit of having product available for launch is that customers can buy the product on day one. GoPro indicated this was the first time that the company would have achieved having a "truly global launch." GoPro generated buzz for the live launch webcast event called "The Moment" with a countdown timer on its website, invited press to the launch event, and even had a second event with Q&A for analysts. As judging by the replay of the Sept. 28 live video event having over 290,000 views on YouTube, the company succeeded in generating interest in its new product. 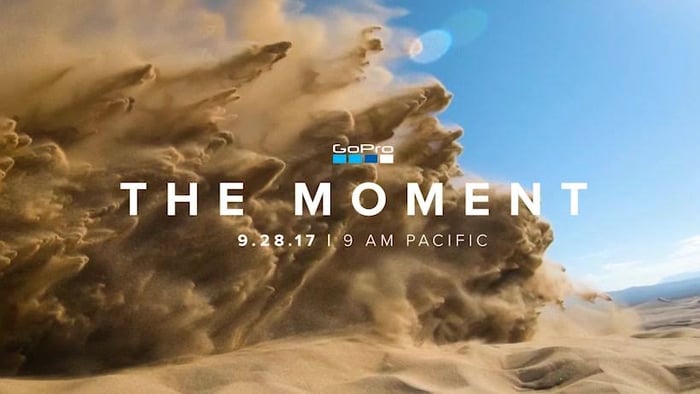 This launch wasn't on the scale of an iPhone release, but GoPro had the HERO6 in the hands of its partner retailers, distributors, Amazon.com, and its own website as promised. While initial sales numbers haven't been released, GoPro released a statement on Sept. 7 indicating that Q3 revenue would be on the high end of guidance, primarily driven by management's confidence with channel inventory in good shape for the HERO6 launch. The company is set to report earnings on Nov. 1.

Having product in the hands of retail partners in advance of launch has another benefit for GoPro. McGee explained in the Citi global tech conference interview that retailers would help promote the product. " ... if we're on time with our retail partners and they have stock, they promote, they advertise and they're out there promoting us ... " he said.

This was a missed opportunity during the HERO5 launch in 2016 when production problems hampered supply. McGee said: "... we missed some of those trends last year by being late. And we missed the ads, and that really impacted revenue."

In an environment where supply is constrained like the HERO5 launch, it is a difficult situation for all parties. The manufacturer has to decide how to allocate a limited supply of product, and ultimately most all retail partners don't get the supply they want. It makes the retailer's job difficult with the uncertainty of supply and dealing with customers who just want to buy the product. Certainly this is not an ideal situation for anyone.

Being on time drives metrics a CFO just loves

Lastly, launching on time and having product on retail shelves in plenty of time for the holiday season should drive a number of financial metrics in the right direction. McGee indicated that it pulls revenue into Q3 and "enables us to derisk the business," meaning that the company is not solely dependent on having a strong Q4 to ensure the company achieves the annual projected revenue and profit targets.

Being on time also helps the company's cash flow and makes managing working capital easier. GoPro ended Q2 with $149.8 million in cash and marketable securities, which was the second-lowest cash position in the last nine quarters. Spreading out expenses over more than one quarter certainly makes it easier to pay the bills. McGee emphasized it helped the company manage all of its partner relationships, including its suppliers.

At the end of the Q&A with analysts on launch day, Nick Woodman, GoPro's CEO, took the time to thank his executive team and talk briefly about the business.

There's no heroics involved. We are running a simpler, more focused business. We really are doing fewer things better and that allows us bandwidth to really focus on what matters ...

Having an on-time global launch of a flagship product certainly shows that GoPro is focused on what matters. The company has done its part on designing a great product, getting it to market globally, and promoting it. Whether or not the HERO6 is a hit or a bomb, investors will just have to wait and see how the HERO6 is received by customers.