A seemingly endless number of reports assert that millennials are spendthrifts with poor saving habits. It's an image that people have broadly come to accept: In a recent Merrill Edge survey, only 8% of respondents saw millennials as "very good savers" -- compared to 54% for seniors, 45% for Baby Boomers, and 19% for Gen Xers.

Yet that same survey revealed millennials are actually saving more money than older generations, in terms of the percentage of their annual incomes they set aside. 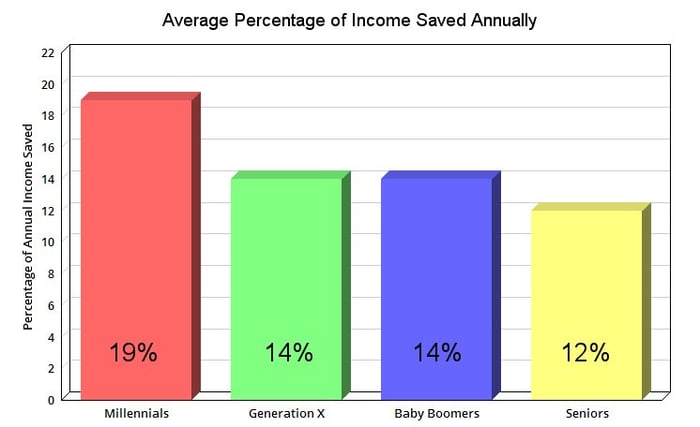 This indicates that the problem isn't the amount younger workers save -- it's the amount they earn. The average salary for a millennial in the U.S. today is just $35,592 per year, according to numbers from the Bureau of Labor Statistics crunched by SmartAsset. That's well below the national average of $44,148.

Given their lower salaries, rising living costs, and high levels of student debt (an average of $37,172 per graduating student in 2016)  it's impressive that millennials actually save a higher percentage of their paychecks than older generations. The notion that they spend too much on food and entertainment, require instant gratification, and live off their parents might be based more on stereotypes than reality.