Shares of Chevron (CVX 1.26%) took a considerable hit when the company recently announced earnings. The loss came from production numbers that were lower than the prior quarter.

While Wall Street seems to be focused on this particular aspect of the earnings report, there is something else going on that may concern longer-term-minded investors. Here's a look at what the company has been up to and why investors will want to review their thesis in this stock. 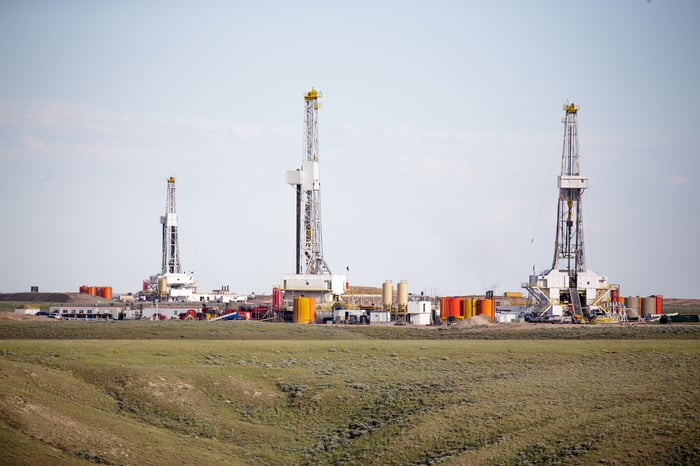 Two things stand out in this most recent earnings report. The first is the abnormally high international downstream result. That's because the company announced it was selling its refinery in British Columbia and several other downstream assets for $1.1 billion. Without that sale, earnings would have been much more in line with the prior quarter's numbers.

The second was the much lower result for its international upstream segment. The reason for that is the company announced it will retain its assets in Bangladesh. Management had labeled these assets as held for sale in the second quarter, but bringing them back into the fold meant it had to take a catch-up depreciation charge. The company also got hit by close to $250 million in unfavorable foreign currency swings. 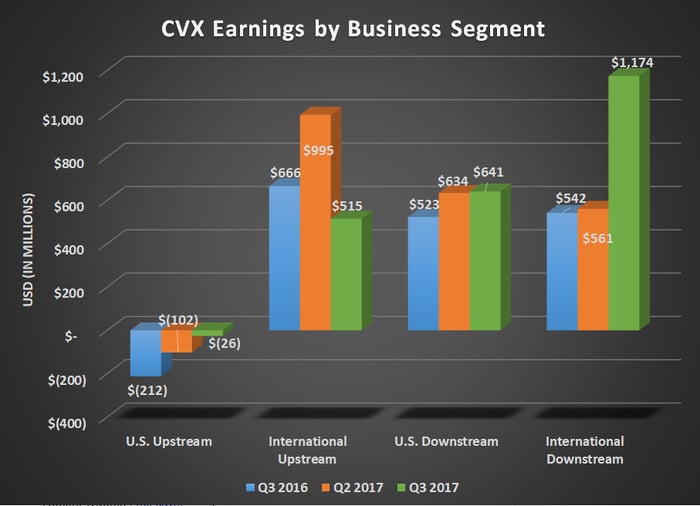 With so much of Chevron's future results hinged on the success of its two Australian LNG facilities and its Permian Basin shale assets, CEO John Watson went out of his way to point out the successes Chevron has had with those assets thus far.

Cash flow is at a positive inflection point, with oil and gas production increasing and capital spending falling. We're completing projects that have been under construction and ramping up production, notably at our Gorgon LNG Project in Australia. And our shale and tight rock drilling activity in the Permian Basin is exceeding expectations. We expect this pattern to continue. Earlier this month, we announced first LNG production from our Wheatstone LNG development in Australia.

Slowly, Chevron has been drifting further and further away from the integrated oil and gas model. After the sale of its refinery in Hawaii and Canadian refinery and retail assets, it intends to shed its South African refinery and petrochemical assets in 2018. Despite some of the planned upgrades at its core refineries and new facilities at its joint venture petrochemical company ChevronPhillips, these moves will leave the company with a much-diminished downstream portfolio. Chevron was already heavily weighted toward the upstream side of the business and these moves seem to further cement that.

It's also a little discouraging to see that the company is still looking to sell assets and restore its balance sheet when most of its peers have gone on the offensive with acquisitions and green lights for major projects. I'm guessing that management's commitment to free cash flow positive by the end of the year has something to do with it, but the market is changing and Chevron seems late to react.