Analyst Chris Horvers lowered his rating on Office Depot to underweight from neutral, explaining that the office supply category is shrinking, and that the company is losing business-to-business market share as it faces increasing competition from Staples as it goes private and Amazon.com, which recently launched a Prime service for businesses. 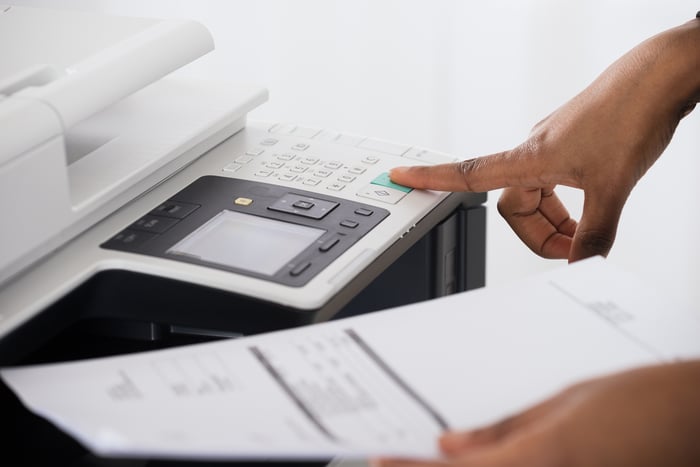 The office supply retailer is well aware of the headwinds it's facing. Three years ago, it merged with Office Max and in 2015 sought a merger with Staples, which was blocked at various junctures by regulators. Staples instead agreed to sell itself to private equity firm Sycamore Partners, evidence that it also faced a bleak future as a public company, and Office Depot said early this month it would acquire IT services provider Compucom for $1 billion.

Shares sold off on that announcement, however, as Office Depot also lowered its guidance in the same press release.

Despite its troubles, the office supply retailer is still profitable, and the Compucom deal has the potential to shore up its business. The retailer's shares are also cheap at a P/E of just 7, but the challenges it faces justify such a valuation. Expect continued volatility as the company absorbs Compucom and tries to stabilize its business. The next date for investors to watch is Thursday, November 9, when the retailer reports third-quarter earnings before the market opens.