Investors in struggling department store chain J.C. Penney (OTC:JCPN.Q) received quite a shock last week. The company slashed its full-year earnings , a move that resulted from the clearing out of slow-moving women's and apparel inventory. This liquidation boosted sales and allowed the company to restock with better merchandise, but it decimated the bottom line.

J.C. Penney now expects to produce adjusted earnings between $0.02 and $0.08 per share in fiscal 2017. That's down from previous guidance of $0.40 to $0.65 per share. One silver lining: J.C. Penney will still be profitable this year on an adjusted basis. Unfortunately for investors, when the company uses the word "adjusted," they're not kidding. 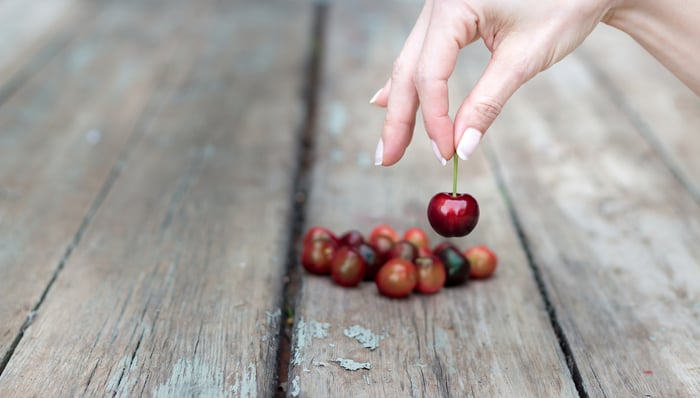 Cherry-picking at its finest

Through the first six months of 2017, J.C. Penney has posted a net loss of $242 million. That's a GAAP number, so it doesn't back out the one-time stuff that companies typically exclude when calculating adjusted earnings.

There have been two big one-time items this year that have affected J.C. Penney's results:

The GAAP earnings number includes both items. You could certainly argue that, in this case, the GAAP number doesn't truly reflect the underlying profitability of the business. That's exactly why the company also reports adjusted earnings.

J.C. Penney lost just $9 million, or $0.03 per share, on an adjusted basis through the first six months of 2017. That looks much better. J.C. Penney expects to report an adjusted loss of between $0.40 and $0.45 per share for the third quarter thanks to the inventory clearout, but the holiday season should then push the adjusted bottom line back into the black.

If you noticed that the math doesn't quite add up, you're exactly right. J.C. Penney's adjusted earnings number is not a reflection of its underlying profitability. Instead, it's the product of some grade-A cherry-picking, a misleading number that means nothing.

Here's the game J.C. Penney plays: Take the $242 million GAAP net loss and add back that pesky restructuring charge. It's a one-time item, since stores can only close and employees can only take early retirement once. When you adjust for a few other minor items, you arrive at an adjusted net loss of just $9 million.

What about the one-time gain on the sale of real estate? That benefit is conveniently retained, despite the fact that you can only sell a distribution center once. If that doesn't make any sense to you, join the club.

If you back out that $111 million net gain, J.C. Penney's adjusted earnings through the first six months falls to a loss of $120 million, excluding any tax-related effects. For the full year, the company would report a significant adjusted loss, instead of the small adjusted profit its guidance now calls for.

Shares of J.C. Penney carved out a new all-time low following its guidance update. Some bargain seekers might be eyeing the company, hoping that the market has overreacted. But the games management is playing with its adjusted numbers make me want nothing to do with this stock.