Please ensure Javascript is enabled for purposes of website accessibility
Log In Help Join The Motley Fool
Free Article Join Over 1 Million Premium Members And Get More In-Depth Stock Guidance and Research
By Dan Caplinger - Oct 31, 2017 at 10:59AM

Find out why the commercial-images specialist has been willing to sacrifice short-term earnings for better long-term prospects.

Digital-image specialist Shutterstock (SSTK 2.72%) faces the same dilemma that countless other businesses have dealt with in the past: how much of its hard-won sales to reinvest into its business. Shutterstock wants to become the premier platform for business customers seeking to flesh out their image on the internet and mobile devices, but it faces considerable competition, requiring it to spend money in order to stay ahead of its rivals.

Coming into Tuesday's third-quarter financial report, Shutterstock investors were prepared to deal with bottom-line pain in the hopes of finding long-term gain. Shutterstock rewarded its supporters with better revenue growth than anticipated, and the company seems confident in its ability to balance current performance with strategic investment to find the right path forward. Let's look more closely at Shutterstock and how it did over the past few months. 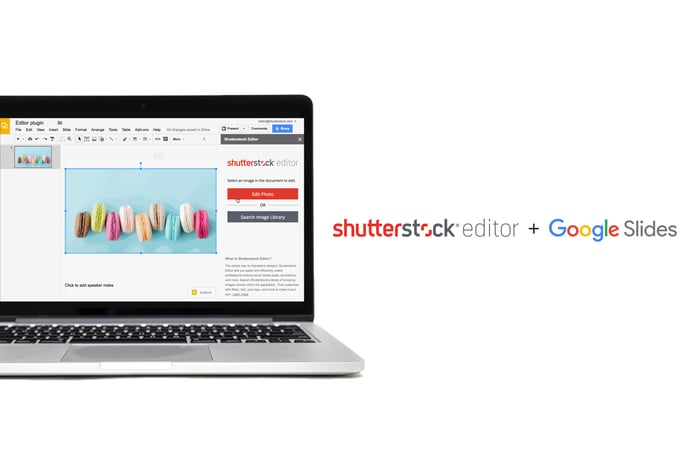 Shutterstock's third-quarter financials showed the trade-offs that the company has made to try to find its way for the long haul. Revenue jumped 15% to $141.1 million, which was far faster than the 8% growth rate that most analysts following the stock had expected from the digital-imaging specialist. Adjusted net income fell by 24% to $10.9 million, but the $0.31 per share in adjusted earnings was still better than the consensus forecast for $0.27 per share on the bottom line.

Shutterstock's business metrics rebounded slightly from sluggish performance last quarter. Paid downloads were up about 2% to 41.9 million, returning to year-over-year gains. More impressive was an 11% rise in revenue per download to $3.23. Shutterstock continued to build up its library of images and other materials, sporting 155.8 million images and 8.3 million videos, up by roughly half from year-ago counts.

The challenge for Shutterstock continues to come from what it has to spend in order to grow. Rising overhead costs were the biggest handicap for Shutterstock to overcome, although higher royalties along with increases in sales and marketing and product development expenses played their role in weighing on bottom-line growth. The company blamed higher employee-compensation costs for much of the boost, which it argues are attributable to its efforts to improve its technology platform and operations.

CEO Jon Oringer continued to be optimistic. "The investments we continue to make in technology, operations, infrastructure, and products," Oringer said, "combined with more optimized pricing and packaging of our offerings, are now beginning to positively impact our financial results." The CEO also noted that richer product offerings and easier access to its library should help Shutterstock continue to gain ground.

Shutterstock also sees a bright future. In Oringer's words, "We are attracting new customers, delivering new and innovative products and solutions, and utilizing our technological and operational infrastructure, positioning us well for continued profitable growth."

Even so, there'll be more need for investment in order to maximize sales growth. CFO Steven Berns said that he expects full-year 2017 revenue to come in at the high end of the company's most recent guidance range for $535 million to $545 million. However, income from operations will be in the lower portion of its predicted range of $30 million to $40 million, and similar hits to adjusted pre-tax operating earnings will also be likely for the year.

Shutterstock chose not to implement any stock repurchases during the third quarter, leaving it with a full $100 million in authorized funding for future buybacks. What's unfortunate about that is that Shutterstock's share price has been at two-year lows in recent months, which would have made repurchases particularly timely.

Shutterstock investors celebrated the results, and the stock soared 16% shortly after the market opened on Tuesday morning following the announcement. As investments in its platform begin to pay off, shareholders believe that Shutterstock is on the right track to boost its growth and improve its fundamental performance in 2018 and beyond.