Shares of Bank of America (NYSE:BAC) are trading only 2% below their 52-week high, but this doesn't mean that they can't continue to climb. 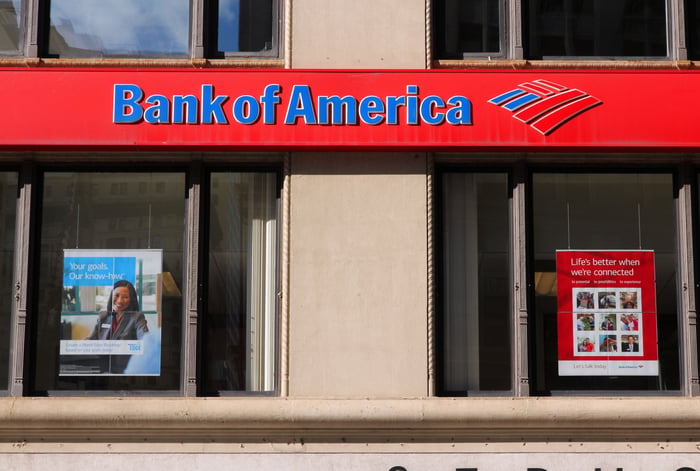 The nation's second biggest bank by assets, based in Charlotte, North Carolina, has seen its shares rally meaningfully since the presidential election last year; the unexpected outcome of that election led investors to believe that banks could soon earn more money.

The optimism toward shares of Bank of America and other bank stocks over the past year was well-founded, as then-candidate Donald Trump vowed on the campaign trail last year that he would "dismantle" the Dodd-Frank Act of 2010, and push Congress to lower taxes. The former would reduce compliance costs at banks, which have soared since the legislation was passed, while the latter would act as a direct stimulant on bank profitability.

But given Bank of America's performance over the past year, you'd be excused for thinking that there isn't much juice left to squeeze out of its stock in the foreseeable future. Still, if one looks at the bank's valuation, there seems to be room for further growth: 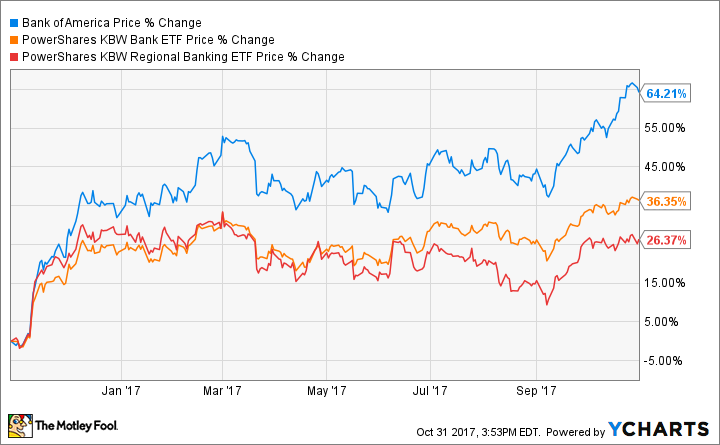 As a case in point, take Bank of America's price-to-book-value ratio. This is one of the most common ways to value bank stocks. It compares a bank's book value per share to its share price, dividing the latter by the former.

Bank of America's price-to-book-value ratio is currently 1.1, according to YCharts.com; this means that it trades for approximately 10% above its book value per share. Don't let this premium fool you, however, because the average bank stock on the two indexes cited above trades for 1.5 times book value, or at a 50% premium to book.

The same is true if you look at the other principal valuation metric used by investors in banking stocks: the price-to-earnings ratio. This ratio communicates how much it costs to buy $1 of a particular company's earnings, and is calculated by dividing a bank's share price by its earnings per share.

In short, even if Bank of America's shares are near their 52-week high, that doesn't mean its stock can't continue to climb from here, as it continues to trade at a lower valuation than many of its peers.