How is NVIDIA holding up against new offerings from competitors? We'll find out when it reports earnings.

NVIDIA (NVDA -2.63%) is scheduled to announce its fiscal third-quarter results on Thursday, Nov. 9, after the market closes. With the stock hitting new highs, investor optimism is high, which means NVIDIA has to deliver strong growth in key markets such as gaming and the data center to keep its momentum going.

Here's what investors need to know heading into the quarterly release. 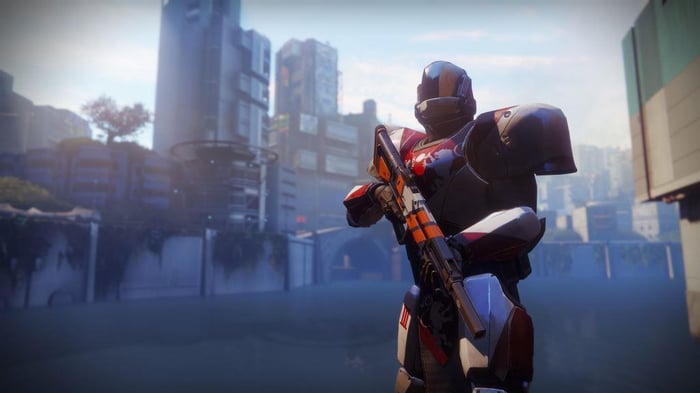 There are a few reasons for the higher operating expense. The company is moving into a new headquarters building, and on top of that, NVIDIA normally has an increase in compensation expense in the third quarter. The graphics specialist is hiring more talent for growth initiatives in the areas of artificial intelligence, autonomous driving, and gaming, which will carry over to the third quarter.

The third-quarter earnings report will tell us a lot about whether NVIDIA is still in command in the gaming market. Despite Advanced Micro Devices' launch of its new Vega graphics processing units (GPUs), NVIDIA management believes its GeForce GPUs are in a "great strategic position" for the last half of the year. With several blockbuster games releasing this fall, there will be plenty of demand for new GPUs, so this will be a good quarter to see how well NVIDIA is holding up in an increasingly competitive market.

For perspective, NVIDIA started 2017 with a commanding lead in discrete graphics cards, with an estimated 72.5% share versus AMD's 27.5%. But in the second quarter, AMD picked up a few percent, reaching 29.4%. NVIDIA is still in pole position with 70.6%, so it will be important that NVIDIA continues to show strong growth in its gaming segment to hold its lead.

Gaming is NVIDIA's largest segment right now, but the company's biggest growth opportunity is in the data center. This has been a market where NVIDIA has consistently posted more than 100% year-over-year growth for several quarters in a row. The graphics specialist started shipping its new Volta GPUs for the data center last quarter, and it's in full production mode for the third quarter. With AMD announcing its own data center chips recently, it will be important for investors to watch how NVIDIA's data center segment performs, and also how management characterizes the demand it's seeing for Volta.

Investors should also listen for management's take on the cryptocurrency market, which generated just enough revenue to help NVIDIA outperform its own revenue guidance in the second quarter by about $250 million. On the last conference call, CEO Jen-Hsun Huang said: "As we go into this quarter, there's still cryptocurrency mining demand that we know is out there. And based on our analytics and understanding of the marketplace, there will be some amount of demand for the foreseeable future."

Huang expects there to be more cryptocurrencies introduced over time, driving higher demand from cryptocurrency miners who use GPUs to mine new digital coins.

Expectations are high for NVIDIA. The stock trades at over 50 times trailing earnings and is up 175% over the past 12 months. The company has handily beat analysts' estimates over the past several quarters, which has no doubt assisted those gains. For NVIDIA to continue hitting new highs, investors will want to see that the company's momentum is still strong in gaming and the data center -- its two biggest segments.