Shares of Shutterstock Inc (NYSE:SSTK) were surging today after the digital-image specialist turned in a better-than-expected third-quarter earnings report. The stock was up 11.8% as of 11:42 a.m. EDT. 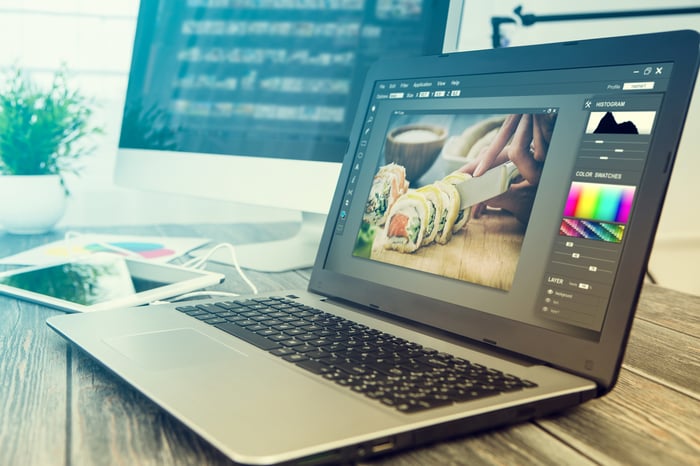 Shutterstock has struggled to deliver steady earnings growth in recent years, but investors applauded the company's solid revenue growth as it makes investments for the future. Paid downloads increased just 2% in the quarter to 41.9 million, but an 11% jump in revenue per download to $3.23 helped drive overall revenue growth. The company also expanded its image and video collection by more than 50% from a year ago. CEO Jon Oringer said, "We executed well on our business strategy in the third quarter," and he noted its acquisition of Flashstock of July, which gives customers a new tool for custom-branded content creation.

Those investments seems to be paying off in the form of increased revenue growth, but investors have to be wondering when profit will begin moving higher. Analysts are expecting a modest earnings increase next year. Accelerating revenue growth will only make that more likely.