Axon Enterprise (NASDAQ:AAXN) makes most of its money from selling its Taser stun guns -- or as it calls them, conducted electrical weapons (CEWs). But having largely saturated the market for them, it has turned to police body cameras and evidence database management to power its next growth phase.

It believes so much in the future of these systems that it changed its name from TASER International to Axon Enterprise, which had been the name of its cameras division, to underscore where it sees its business heading. 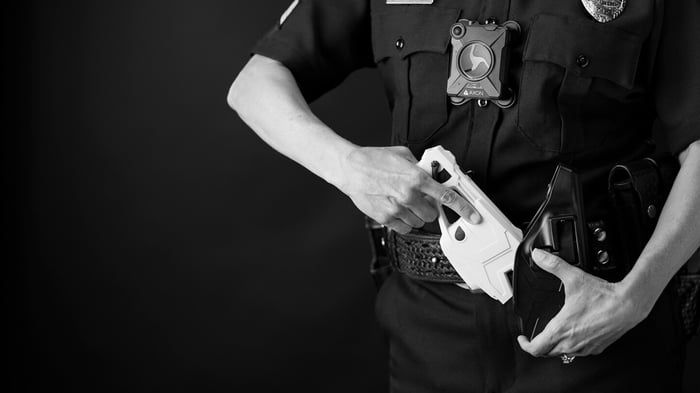 There's good reason for Axon to be thinking like this. More than 17,800 law enforcement agencies in 107 countries deploy Tasers. While they are credited with preventing more than 190,000 serious bodily injury and deaths, they're also noted for being incredibly safe. According to one study, the incidence of serious injuries from Taser use was 0.25% -- about 1 in 400 uses.

Yet people have been injured and killed by cops using Tasers, and some in the media have taken notice. Reuters, for example, recently ran a five-part investigative series that concluded the safety claims made by company founder Rick Smith about the weapon were overstated and "didn’t rise to the FDA rigor he promised."

Axon certainly isn't running away from its CEWs. Indeed, it recently launched a new program called TASER 60 designed to induce police departments to enter into long-term renewable contracts to purchase new weapons over a five-year period. While that program just came under SEC scrutiny -- the regulators want to clarify how the company is recognizing revenues from the program -- it shows Axon remains committed to growing the Taser business.

As it should. Taser sales still contribute 70% of Axon's revenues, and though it is building up its other divisions, they remain the primary profit source for the weapons manufacturer. 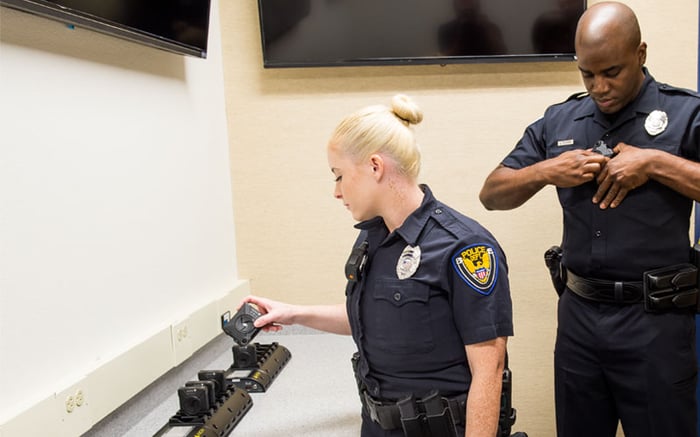 Axon's camera systems, though, are the next growth avenue for the company. More than 200,000 of its cameras have been deployed in 37 major cities in the U.S., U.K., and Canada.

A rising tide of voices looking for more police accountability around use of force has driven calls for officers to be equipped with body cameras. In response, Axon Enterprise launched an initiative with the goal of equipping every single police officer in the U.S. with a body camera free of charge for one year. That's certainly one way to ingratiate yourself with the law enforcement community, as well as to gain a foothold into the precinct ahead of competitors like Digital Ally and Phazzer. The three companies have tangled in the courts and in the media over the past few years over charges of patent infringement and using undue influence to gain or fight contracts. 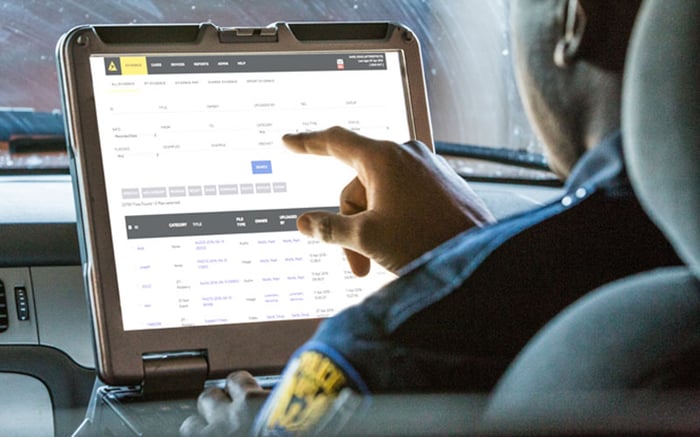 But really, the primary goal for Axon is to get its evidence management systems embedded into police departments. Axon's Evidence.com technology provides agencies with the ability to store and manage all of the digital evidence they're creating with its cameras and seamlessly integrate it with documents, photographs, and more.

It's a product with a tremendous level of stickiness: Once a department gets started using Evidence.com, disentangling from the system at the end of a contract in order to switch to a rival's technology would be exceedingly difficult.

And we can see that revenues from these systems are growing rapidly: They're up  150% year to date, while cameras and software sales are up 80%, and Taser sales are 21% higher.

Conducted electrical weapons remain Axon Enterprises' bread and butter, and body cameras will be its next source of growth. But the ultimate goal has to be getting its Evidence.com systems into as many police departments as possible, so it can reap the recurring revenue streams they generate.