Here's how the quarter worked out for the data center operator and global interconnection specialist that's organized as a real estate investment trust (REIT).

Reported revenue got a boost from foreign exchange and includes $137 million of revenue from the acquisition of 29 Verizon data centers, which was completed last quarter. On a normalized and constant currency basis, revenue increased 10% year over year -- still quite solid -- and 8% from the previous quarter.

Equinix's revenue came in above its guidance range of $1,133 million to $1,141 million. The company doesn't provide a quarterly AFFO outlook. 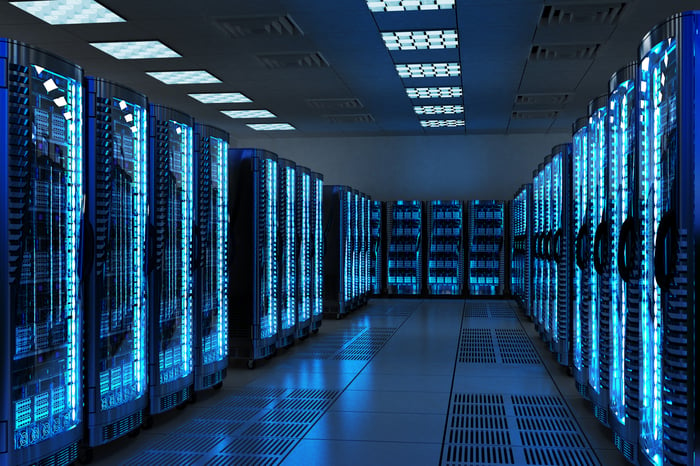 Here's what CEO Steve Smith had to say in the press release about the quarter:

Equinix had a strong third quarter as customers continue to adopt interconnection oriented architectures as the preferred platform for their shift to digital. Robust demand is driving higher utilization levels, and we are investing in support of this momentum with expansions, both organically and through strategic acquisitions, to deliver even greater value to customers through our global platform. As customers embrace hybrid and multicloud as the IT architecture of choice, our interconnection strength is resonating, and Equinix continues to outpace market growth and gain market share.

Equinix increased its full-year 2017 guidance. The company said the $37 million (at midpoint) guidance raise is due to better-than-expected operating performance of $8 million in the third quarter, additional foreign currency benefit of $16 million when compared to the prior guidance, and $13 million in revenue from two acquisitions it made early in the fourth quarter. (Acquisitions were Itconic, which has five data centers in Spain and Portugal and a second data center in Istanbul.)

The AFFO outlook assumes $54 million of integration costs for acquisitions.