However, the travel commerce platform company also missed bottom-line expectations for the quarter, and reduced its earnings expectations for the full year, though not without reason; shares are down around 9% as a result. Let's take a closer look at what drove Travelport's business as it entered the second half of the year. 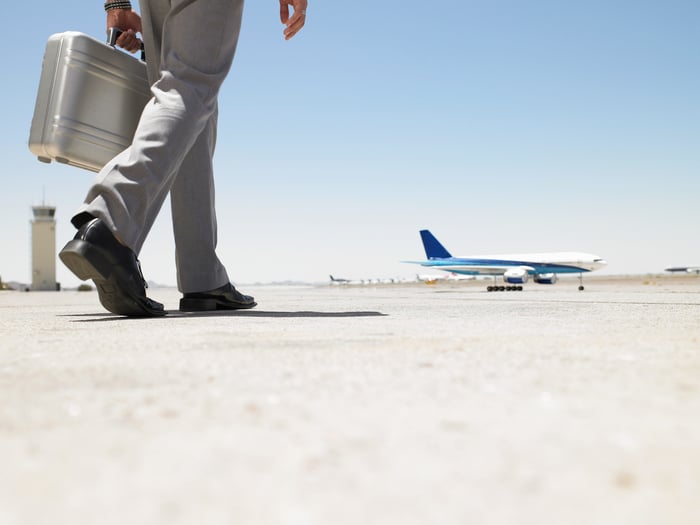 Our Adjusted EBITDA decreased in the quarter, with several of our planned technology investments moving from design to implementation phase, as we further expand our products and capabilities. We also incurred higher commercial expenditure relating to the growth and ongoing implementation of our signed new business. As our mix of business continues to pivot toward the fast-growing online channel, I am confident that these investments will drive sustainable longer-term growth.

Travelport reiterated its full-year 2017 guidance for revenue in the range of $2.425 billion to $2.475 billion, representing growth of 3% to 5% from 2016. But management now expects full-year adjusted EBITDA and adjusted net income per share to be near the middle to lower ends of their previous respective ranges (of $585 million to $595 million, and $1.29 per share to $1.37 per share). By contrast, three months ago Travelport told investors to expect adjusted EBITDA and earnings per share near the high ends of those ranges.

To be fair, it's hard to blame Travelport for shifting strategic investments to better support its higher-growth online channel. But however astute this long-term thinking might be, it's no surprise to see Travelport stock falling today, given its bottom-line underperformance relative to the market's expectations.