Retirement does not signal the end of your investing days. It is simply the time to shift your investing focus into value conservation and a steady flow of dividend checks.

If you're unsure exactly how to make that turn, three of your fellow investors here at The Motley Fool can help. We asked them to share their best stock tips for a retired investor in 2017, and they were quick to come up with some stunning ideas.

Here's how they came up with Starbucks (NASDAQ:SBUX), Mastercard (NYSE:MA), and BofI Holding (NYSE:AX). 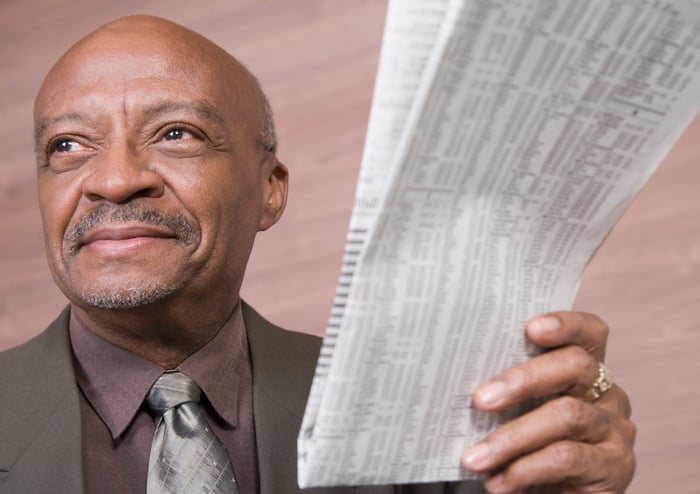 Charge into retirement with this payment-network stock

Dan Caplinger (Mastercard): Too many retirees focus only on the stocks that will pay them lucrative dividends, without paying enough attention to growth. Mastercard is not a particularly shareholder-friendly dividend stock, with a current yield of just 0.6%. Yet the business has been extremely profitable, and growth opportunities should extend well into the future, as a result of the ongoing shift toward electronic payment systems.

One thing many American investors forget is that throughout much of the world, cash-based transactions are still the norm. That presents a huge market for Mastercard to attack, and the card giant has already been more aggressive than any other player in the industry, seeking to build a worldwide reputation for network availability and reliability. For a long time, Mastercard has been able to get better growth rates abroad than it's found domestically.

Finally, Mastercard has the staying power to meet retirees' needs for solid performance while also being an innovator. The payment specialist has focused on maximizing security through new technology and other initiatives. As cyberattacks become more common, the investment that Mastercard has put into enhancing and tightening up data integrity will become increasingly important.

Mastercard has delivered strong returns, and should continue to do so. With global economic prospects looking more favorable, Mastercard's momentum shows no signs of slowing.

Buy the bank your grandkids will be using

Jason Hall (BofI Holding): Now that you're retired, your retirement portfolio should probably contain a significant allocation of fixed-income and high-quality dividend stocks. But you should still invest for some growth, too. After all, the average 65-year-old American will live past 80, and millions will outlive their retirement savings.

BofI Holding is one of the growth stocks I think is ideal for retirees. To start, it trades for a very reasonable price today: less than 2 times tangible book value and 12.6 times trailing earnings. It has steadily grown assets and earnings at double-digit rates for years, and under its current management, has a plan to continue expanding its business and growing profits without adding more risk to its portfolio.

Lastly, BofI already looks like the future of banking, operating without physical branches while many of its peers both big and small are being forced to close expensive retail branches that fewer and fewer people use. For now, that's a big advantage for BofI, which generates strong cash flows with lower operating expenses than its average peer, allowing it to invest more toward growth.

Bottom line: BofI is the kind of bank your grandkids will use when they grow up. Invest in it today while it has less than $10 billion in assets, and the potential returns could make a big difference in the size of your nest egg in a decade or two. 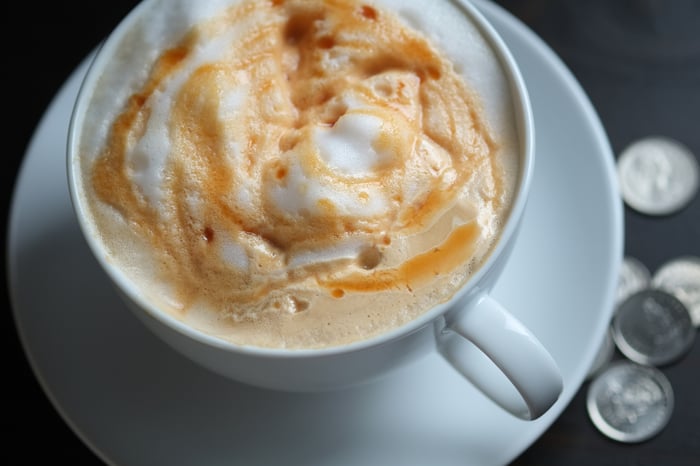 Black coffee and greenbacks -- what a tasty combination!

Anders Bylund (Starbucks): Few companies can match the household-name familiarity of Starbucks, and even fewer can compete with the coffee chain's long history of consistent success.

Top-line sales have increased by 64% over the last five years while free cash flows and earnings have more than doubled. Share prices have followed suit, with a market-beating 119% return over the same period. If you zoom out to a decade-long analysis, or even longer time periods, the only thing that changes is that the magnitude of Starbucks' long-term wins increases.

This is a well-oiled cash machine with more than 27,300 stores in 75 countries around the world. Another 603 locations opened their doors over the last three months alone. That network includes a mixture of asset-light franchise locations and more valuable company-owned stores. The company is an early adopter of forward-looking ideas such as mobile-ordering apps and a loyalty-boosting rewards program. Members of the Starbucks Rewards club accounted for 36% of domestic sales in the latest reported quarter, based on 13.3 million active users.

Consumer tastes will change over time, and so will the market for high-end coffee products. As they do, Starbucks is not just ready to tackle the new environment -- it's most likely leading the way. That's the kind of nimble giant you want to own in your golden years, a near-unstoppable juggernaut with the smarts to adapt when the market shifts.

On top of that, Starbucks offers a respectable dividend yield of 1.8%. The payouts have increased by 140% over the last five years and grown fivefold in the last 10. Shareholders collect nearly all of Starbucks' free cash flows in the form of generous dividends and share buybacks. That should help you sleep at night with Starbucks stubs under your pillow.