When an industry goes through a boom, investors have high expectations for future performance. LCI Industries (NYSE:LCII) has seen that phenomenon play out recently, as the once-unknown maker of components for recreational vehicles became a growth giant by taking advantage of unprecedented demand for RVs across the industry. As a result of its recent success, those following the stock have raised their views on what LCI should be able to accomplish, and that higher bar is sometimes hard to get over.

Coming into Thursday's third-quarter financial report, LCI investors were looking for extremely good rates of growth from the component maker. LCI's numbers were solid, but they did fall short on a key metric, and that disappointed the company's shareholders. Let's take a closer look at how LCI Industries did and whether investors should be worried. 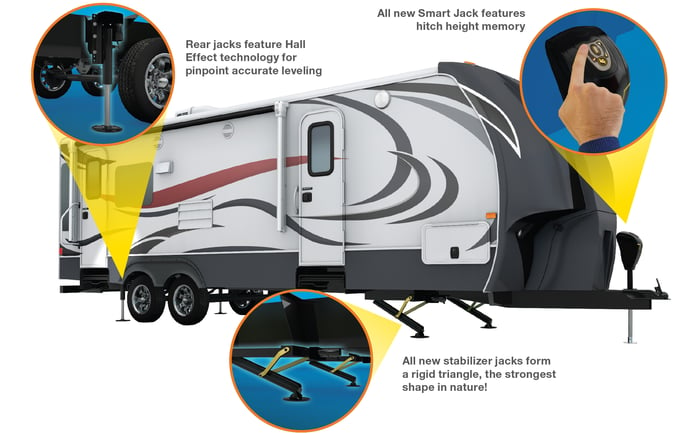 LCI Industries' third-quarter results were mixed, reflecting countervailing trends that the RV component supplier has faced. Sales performance was extremely strong, with revenue jumping 35% to $555 million, dramatically outpacing the 19% growth rate that most investors had expected to see from LCI. Yet net income came in at $32.1 million, up just 8% from year-ago levels, and earnings of $1.26 per share fell $0.01 short of the consensus forecast among those following the stock.

LCI continued to take full advantage of the opportunity to sell more of its products. Original equipment manufacturers said that wholesale shipments of towable vehicles soared 26% in the third quarter, with motorized RVs seeing 13% shipment growth. Most of LCI's revenue comes from OEMs, and segment sales climbed by a quarter from year-ago levels. Growth in motor-home-related sales outpaced that of travel trailers and fifth-wheels, with the former seeing growth rates exceeding 33%. The company also got good performance from the aftermarket niche, where revenue climbed 30%.

Acquisitions also helped LCI boost its performance. The company said that it got about $24 million in sales from acquisitions in the past 12 months, boosting growth by about 6 percentage points.

The problem that LCI faces is that it had trouble translating higher sales to strong profit growth. In the key OEM segment, operating profit only rose 5% from year-ago levels. Even in the stronger aftermarket division, segment bottom lines rose just 13%.

That hasn't stopped it from having more penetration in the RV market. On average, a typical travel trailer or fifth-wheel RV included LCI components worth $3,172, up by $147 from its corresponding total a year ago. Motor homes saw an even bigger increase of $195, with a new total of $2,152 per RV.

CEO Jason Lippert was pleased with LCI's performance. "RV sales momentum has continued," Lippert said, "as the industry attracts a new generation of RV enthusiasts, supported by strong economic growth." Lippert said that order demand has continued to be strong, and aftermarket interest has been increasingly encouraging.

What's down the road for LCI Industries?

LCI continues to see encouraging numbers from the industry as a whole. Sales order backlogs from RV manufacturers are at record levels, and outlooks from dealers are extremely positive. The numbers could get even better in 2018 based on current forecasts from industry associations.

The main challenge is from the commodity arena. Increases in input costs have weighed on profitability, especially with the component manufacturer's need for metals like steel and aluminum. Aluminum prices are up more than 20% in just the past year. LCI also said that direct labor costs are rising, in large part because unemployment levels near its Indiana plant facility are extremely low.

In response, LCI is looking at price increases that should take full effect in the first quarter of 2018. Further cost-cutting initiatives could also help the bottom line, but they'll also have an immediate hit in terms of one-time charges associated with items like severance costs.

LCI Industries shareholders didn't seem entirely convinced about whether the company could quickly resolve its earnings challenges, and the stock fell more than 5% on Thursday following the announcement. To take advantage of RV popularity, LCI has to make sure it can profitably meet all the demand for the components that go into the best-selling recreational vehicles on the market.