Celldex Therapeutics, Inc. (NASDAQ:CLDX) is up 16% at 12:04 p.m. EST after releasing third-quarter earnings this morning, although the stock move likely has more to do with data released in conjunction with earnings than the biotech's revenue or earnings themselves.

For the record, revenue was $3.9 million, and Celldex lost $26.4 million during the third quarter. Importantly, the company ended the quarter with $140.5 million in the bank, which, combined with the $11.3 million it raised in October, is enough to get Celldex through 2018. 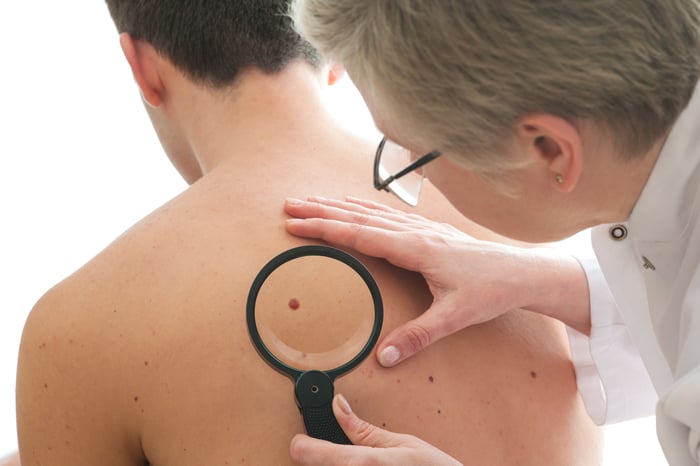 The data released today is from a phase 2 trial testing the combination of Celldex's lead antibody drug conjugate, glembatumumab vedotin, and another drug in its pipeline, varlilumab, which activate an immune system protein called CD27.

Of the 31 patients whose metastatic melanoma had failed other therapies including checkpoint inhibitors, only one had a confirmed partial response, although two patients had partial response at a single timepoint. The combination produced a median progression-free survival -- the tumors didn't grow and the patient remained alive -- of 2.6 months, with 52% of patients having stable disease for at least six weeks.

It's hard to get excited about those stats -- Celldex calls it a "modest clinical benefit" -- but these are sick patients, which could make it hard for the patients' immune systems to respond to the treatment with varlilumab. Celldex plans to enroll additional patients in the trial to test that hypothesis.

The full data set from the first 31 patients will be presented at the Society for Immunotherapy of Cancer on Nov. 10. Investors won't have to go to the meeting to see it, though, because Celldex plans to make the poster available on its website.

While it would be nice for Celldex to figure out the best patients to respond to the combination of glembatumumab vedotin and varlilumab, investors should be most focused on glembatumumab vedotin as a monotherapy in a trial called METRIC, which completed enrollment of patients with triple negative breast cancer in August. Data from that trial, which could be enough to get the drug approved, is due out in the second quarter of 2018.