Management announces a companywide restructuring plan after posting yet another quarterly loss.

To jump-start the company's return to profitability, management announced a companywide restructuring plan. Let's dig into the details. 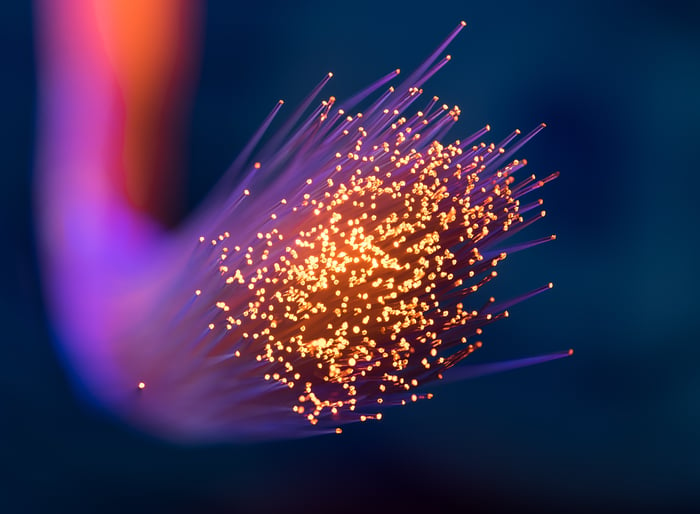 In an effort to return to profitability as soon as possible, management announced a companywide cost-cutting plan. Here are the key details:

Here are CEO Tom Fallon's comments on the progress that was made in the third quarter:

We continued to bring new products to market and delivered financial results that exceeded our guidance. Our ICE4 [optical subsystem] products are delivering the technology differentiation we expected and are gaining traction across multiple customer verticals.

At quarter's end, the company counted 10 customers on its new ICE4 platform, which is a nice jump from just three as of the end of June. Management was especially proud to announce that Netflix is now a customer.

In recent years we have made significant investments to become a multi-market company, deliver a fully refreshed product portfolio and establish a faster technology cadence. Reflecting on the internal expansion associated with these investments, we have identified areas where we can be more efficient going forward. While difficult, my expectation is taking action at this time will result in a more cost-efficient structure that enables us to focus on our strengths and return to profitability as we grow. I believe these are the right steps for our shareholders, our company and our customers.

While Fallon did his best to project optimism over the long term, he also stated that the company will continue to experience "near-term challenges." In particular, he stated that customer consolidation, competitive pressures, and customers' weaker-than-expected capital spending plans will continue to be headwinds to financial success. These realities were a major driving force behind the company's decision to focus on cost reduction.

In response to those headwinds, CFO Brad Feller offered investors the following guidance for the fourth quarter:

Feller also provided investors with brief commentary on his expectations for full-year 2018. While he believes that Infinera's top line will grow faster than the overall market, he doesn't think that double-digit growth is achievable. However, he said that the company's cost-cutting measures should allow the business to achieve profitability in the second half of 2018.

At the end of his prepared remarks, Fallon once again did his best to convey optimism about the company's long-term potential:

We are taking decisive actions to ensure we return to profitability in 2018 and are more profitable as we grow in the future. Our long-term opportunity is unchanged. With the significant investments we have made in [research and development] to establish an end-to-end portfolio, I am optimistic we will be successful winning opportunities around impending architectural inflections. Ultimately, by leading in optical technology and delivering solutions that enable our customers to win in their markets, we will be in a strong position to grow market share and return to achieving our stated business model.