Things could get interesting with CEO Jack Lipinski stepping down.

CVR Energy (CVI -0.03%) has been in a tenuous position lately. The company's operating subsidiaries haven't performed well, and it has forced the company to pay investors dividends by burning through its cash pile. This past quarter, though, its refining subsidiary CVR Refining (CVRR) benefited from an uptick in the refining market to pay a rather sizable distribution to its shareholders.

What is potentially an even more significant story, though, is the announcement of CVR Energy's longtime CEO stepping down and the man selected to replace him. Let's take a look at the company's most recent financial result and what a changing of the guard could mean at CVR Energy. 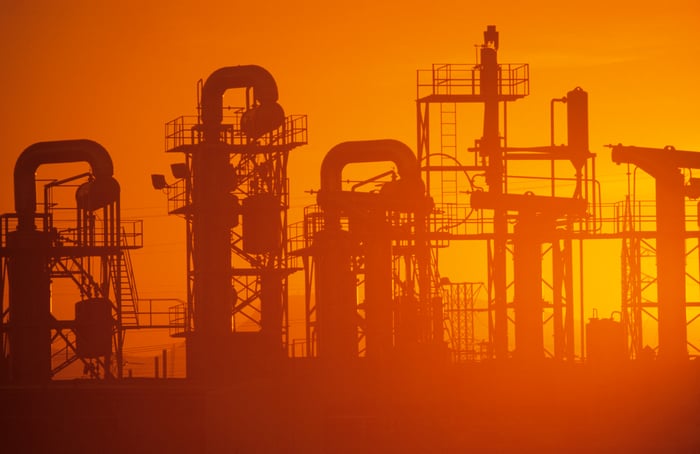 This quarter's result was almost exclusively attributed to its refinery MLP CVR Refining, which posted a decent quarterly result despite some downtime at one of its refineries. Those gains more than offset another challenging quarter for nitrogen fertilizer subsidiary CVR Partners (UAN 3.64%), which produced a net operating loss of $15.9 million. CVR Partners suffered the double blow of unplanned outings at both of its nitrogen facilities.

After several quarters in a row of very little distributable cash flow going to the parent company, CVR Refining announced a $0.94 distribution to its shareholders. The injection of cash couldn't come at a more opportune time for CVR Energy as it has been paying its $0.50 per share dividend from its cash on hand. In the past year, total cash held at the parent company had declined 40% to $218 million because it was burning through cash to pay its dividend. Based on the size of CVR's ownership of the refining arm, CVR Energy will get about $90 million to replenish its coffers.

Earlier in the quarter, CVR Energy CEO Jack Lipinski announced his retirement from the company effective Dec. 31, 2017. The company has already found his replacement, Dave Lamp. Lamp had previously served as the Chief Operating Officer of Western Refining after serving as CEO of Northern Tier Energy until Western and Northern Tier merged last year (Western was subsequently acquired by Andeavor earlier this year). Before that, he was the COO of HollyFrontier.

With all of that experience in the refining industry, Lamp should be a nice addition to the management team at CVR. He will serve as co-CEO alongside Lipinski starting Dec. 1 to facilitate the transition. 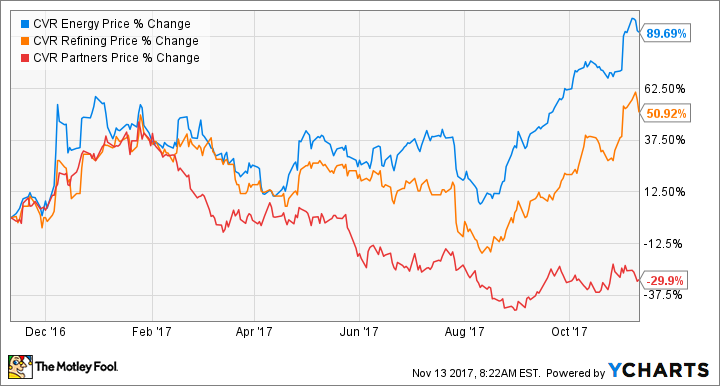 CVR Energy has to be thankful that the refining market turned in its favor because its cash pile was dwindling to the point that a change to its dividend was in the cards. That injection of cash from CVR Refining should give it a little more than two quarters' worth of dividend payments. Hopefully, this more favorable refining market will hold for a while and let the company replenish its cash coffers, and the nitrogen fertilizer market will pull out of its multi-year swoon.

Perhaps the most exciting thing to follow in the coming quarters is any change in direction under the incoming CEO. It should be noted that Lamb has been in executive leadership at three refining companies that either merged or were acquired. The industry has recently gone through a massive wave of consolidation, and it has left CVR as one of the smallest fish in the pond. While it's no guarantee, one has to wonder if this is the first sign that CVR Energy might be for sale.