Natural resources businesses can be volatile, and dramatic moves in commodity prices can make what was once an economically viable mining or drilling business unprofitable. Franco-Nevada (TSX:FNV) limits its exposure to operational risk by entering into financing agreements with producers in exchange for a share of their production. Historically, Franco-Nevada focused almost exclusively on streaming agreements with mining companies, but more recently, it has shifted its strategic focus to look more extensively at royalty arrangements with oil and gas exploration and production companies.

Franco-Nevada investors have been optimistic about the company's prospects, and they had hoped that its third-quarter earnings report earlier this month would heighten the positive momentum that the streaming giant has achieved throughout 2017. Franco-Nevada's results were solid, and the company has many avenues for further growth that could drive performance in 2018 and beyond. 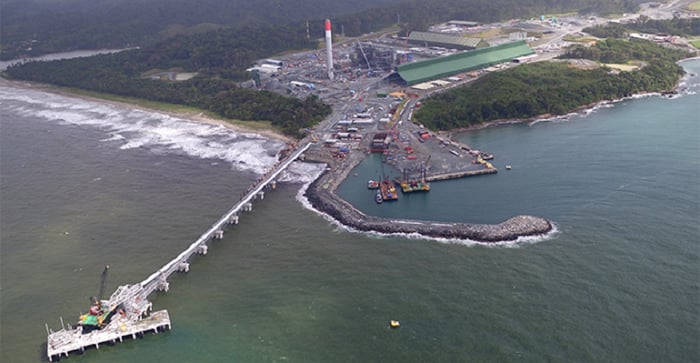 How Franco-Nevada has fared

Franco-Nevada's third-quarter results looked mixed on their face, but they were generally in line with what most had expected to see. Revenue in the quarter fell less than 1% to $171.5 million, which was better than the roughly 2% decline that those following the stock had projected. Adjusted net income of $55.3 million was up 3% from the year-ago quarter, and the resulting adjusted earnings of $0.30 per share topped the consensus forecast among investors for $0.25 per share on the bottom line.

Franco-Nevada's exposure to various markets remained similar to past quarters. Almost 89% of revenue came from precious metals, although revenue from oil and gas projects climbed at an impressive 50% pace. Franco-Nevada got half its revenue from Latin America, where mines like Antapaccay and Antamina continue to play key roles. The company also made moves to boost assets outside the Western Hemisphere, perhaps in response to substantial decreases in precious metals production in the U.S. and Canada during the quarter.

Franco-Nevada announced several updates with respect to important assets. The company is moving through with plans to expand its exposure to Cobre Panama, with a $119 million purchase price on an augmented precious metals stream.

On the oil and gas front, Franco-Nevada continues to make progress in boosting its share of revenue coming from the energy sector. The company acquired a royalty interest on an oil-sands deal in the Cold Lake region of Alberta, with the producer intending to use the funds to expand production. In the U.S., Franco-Nevada spent almost $110 million to acquire a portfolio of royalty interests covering the Delaware Basin region of the Permian area in West Texas.

Franco-Nevada shareholders were pleased with the news, and the stock jumped about 4% immediately following the announcement. Prospects for precious metals look solid, and exposure to oil and gas assets has been on the rise at a time when crude oil prices have started to rebound. If those trends continue, Franco-Nevada should be able to keep seeing impressive growth for its business and its stock.