Intel and AMD are jointly taking a swipe at NVIDIA, but it will be tough to knock the GPU leader off its perch.

Intel (INTC 3.21%) sprung a big surprise when it said that it is going to work with archrival Advanced Micro Devices (AMD 5.64%) to manufacture a high-end notebook chip aimed at the enthusiast market. This unlikely partnership could pose trouble for NVIDIA (NVDA 5.55%), denting its chances in the notebook space as Intel and AMD are going to offer a sleek and powerful chip package to curry favor with laptop OEMs (original equipment manufacturers).

So, should this venture give NVIDIA sleepless nights, or will it be able to overcome the Intel-AMD combine?

What Intel and AMD are up to 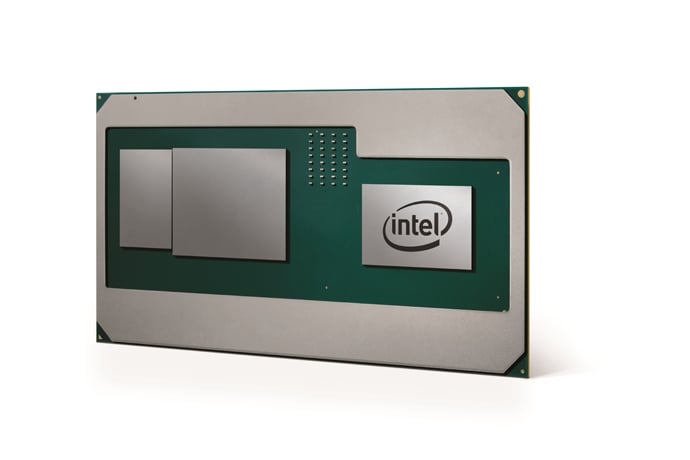 The connection established by this power-sharing framework will use software drivers to coordinate information among the three chips to deliver optimum performance in real time, while managing the system's temperature and power consumption based on the workload. Therefore, this combined system-on-a-chip will allow laptop manufacturers to offer a longer battery life, especially because of the addition of HBM2 in place of GDDR5 RAM (random access memory).

Discrete GPU systems have long used dedicated graphics memory such as GDDR5, but the efficiency of this technology is waning because of an increase in memory bandwidth requirements. GDDR5 memory is said to consume a lot of power in case the memory bandwidth of a GPU increases, which constrains the performance of the chip.

Intel wants to solve this problem with the help of HBM2, which stacks memory chips in a vertical format. This allows for smaller form factors and faster flow of information between the CPU and the GPU. Therefore, the deployment of HBM2 along with a CPU-GPU combine on the same chip package will free up a lot of space.

Now, laptop OEMs can use this space to either make thinner devices, or pack in features such as a bigger battery package or a more efficient cooling system to elongate battery life. So, it won't be surprising if Intel-AMD's combined offering hits the ground running when it starts shipping in the first quarter of 2018.

Intel hasn't revealed anything apart from the concept, so the tech specs of the new chip package are still some time away. However, it is unlikely that AMD will be selling its latest GPU architecture to Intel given the rivalry between the two companies in the CPU market, as well as for technical reasons.

AMD and Intel are engaged in an intense fight for CPU market share. AMD recently launched its Ryzen Mobile processors that come integrated with the latest Vega graphics platform, and the company's internal tests indicate that they can outperform Intel's chips by a wide margin. More importantly, the chipmaker is trying to offer a mix of powerful performance and long battery life through the Ryzen Mobile platform.

AMD claims that a system based on the Ryzen 7 mobile chip can deliver over 12 hours of full high-definition video playback. By comparison, the Kaby Lake architecture-based Core H-series reportedly delivers 9.5 hours of video playback, so it is unlikely that AMD will have cannibalized its own sales as a part of the Intel deal.

Not surprisingly, rumors suggest that AMD will be supplying GPUs to Intel based on the older Polaris platform to keep its own product line one generation ahead of Intel. This could be the opening that NVIDIA needs to maintain its dominance in the discrete GPU space, as OEMs are busy rolling out laptops based on the graphics specialist's top-of-the-line GTX 1080 GPU.

This is far lower than the 26mm average of devices based on Intel's Core H-series processors. Therefore, there is no real reason for NVIDIA investors to worry as it can offer its latest graphics cards in laptops with a slim profile. By comparison, the Intel-AMD combine might come out with an older discrete graphics platform given the competitive dynamics between the two companies, paving the way for NVIDIA to maintain its dominance in the GPU market.