Two of them even have yields of over 5%.

Dividend stocks are every retiree's best friend. By owning a small portion of a company, you get paid every quarter for doing nothing! All you have to do is continue to hold your shares.

There are a lot of big, safe companies you can park your money in and rest assured that your dividend will continue coming every three months. But for investors who are willing to do a little more research, there can be outsize rewards for investing in lesser-known dividend payers. 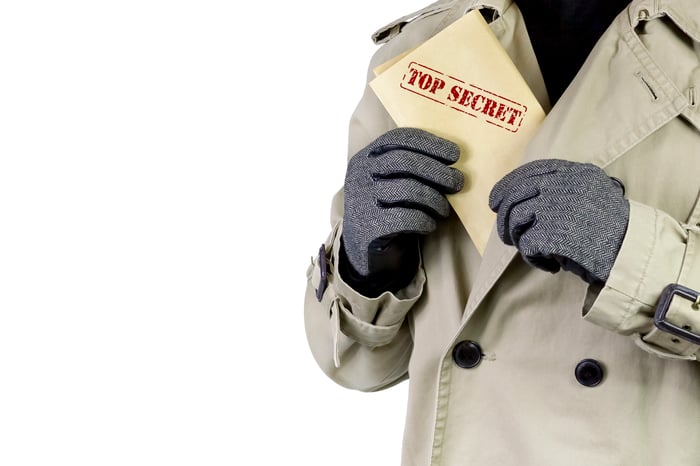 Here, three Motley Fool analysts tell you about such opportunities. Find out why Enviva Partners (EVA), HCP (PEAK -1.85%), and Disney (DIS -0.21%) are all dividend stocks that in-the-know investors are shopping for.

Brian Stoffel (Enviva Partners): Who would have thought that wood pellets could be such big business? As more and more power companies dump coal in an effort to reduce greenhouse gas emissions, they're turning toward hyper-efficient wood pellets as a new input. At the forefront of that charge is Enviva Partners, a company operating in the American Southeast that processes and delivers the pellets to customers in Northern Europe and Southeast Asia.

If we use the company's expected 2017 payout as a proxy, the stock is currently yielding 8% -- though that could go considerably higher in the coming year. That's because Enviva has raised its dividend every quarter since going public in 2015. Just last week, it announced a 16% bump in the fourth-quarter payout versus 2016.

By owning production plants and deep-water ports, and by signing long-term take-or-pay contracts with customers -- the average contract is currently 9.7 years -- the company is wringing out efficiency that drops directly to the bottom line. The coverage ratio has gotten a little tight lately, with 96% of distributable cash flow being used on the dividend, but that is largely due to capital improvements in Enviva's supply chain.

With the potential for more customers in Japan and South Korea signing on for wood pellets, there may be considerable room for growth for this substantial dividend payout.

A 5.5% dividend yield and lots of growth potential

Matt Frankel (HCP, Inc.): HCP, with a 5.5% dividend yield, is one of my favorite dividend stocks in the market for long-term investors, and now that it's dropped by 20% since mid-2017, it looks like one of the best long-term bargains as well.

HCP is a real estate investment trust that owns and manages healthcare properties -- particularly senior housing, life science, and medical office facilities. Over the past year and a half or so, HCP has been undergoing a transformation plan that involved spinning off its riskiest assets, paying down debt, and reducing its concentration to its largest tenants, and as a result, the company is leaner and more focused, with excellent asset quality. 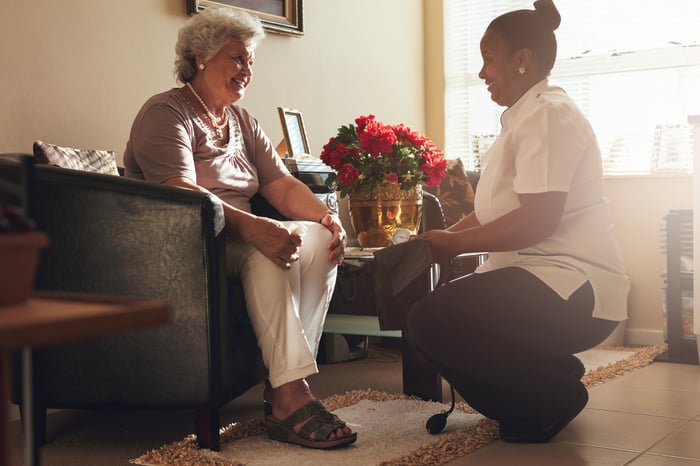 Now, the company is well positioned to take advantage of the expected growth in senior-focused healthcare over the coming decades. The ongoing retirement of the baby boomer generation is forecast to cause a surge in senior citizens. In fact, the 75-plus age group is expected to grow by 50% over the 2020-2030 decade alone. Older Americans obviously create a need for senior housing and also use medical facilities more frequently and spend more when they do.

In a nutshell, the demand for HCP's core property types is set to skyrocket, and the company now has the financial strength and stability to pursue growth opportunities as they come up.

A dividend stock for the whole family

Steve Symington (Disney): You'll be hard-pressed to find someone who doesn't appreciate Disney for its enviable portfolio of entertainment properties, ranging from not only its namesake TV channels, parks, and movie studios, but also ABC, an 80% stake in ESPN, and its ownership of Marvel, Lucasfilm, and Pixar. Disney stock has been held back of late, however, by the negative effects of cord-cutting consumers on its core media networks segment, where operating profit declined 12% year over year last quarter.

But astute shareholders also know that Disney is hard at work preparing for the early 2018 launch of a new ESPN-branded sports streaming service, followed by a Disney- and Pixar-branded streaming service that will offer new releases starting with the 2019 theatrical slate -- moves that Chairman and CEO Bob Iger has described as marking "an entirely new growth strategy for the company."

More recently, during Disney's conference call last week, Iger also revealed that the company plans to price the latter service "substantially below" the monthly cost of Netflix, leaving investors excited for its ability to rapidly grow its subscriber base and meaningfully contribute to Disney's top and bottom lines.

If that wasn't enough, reports surfaced earlier this month that Disney recently held talks to acquire most of the assets of Twenty-First Century Fox (FOXA) (FOX), notably including its movie studio and entertainment networks, including FX and National Geographic. If Disney can negotiate an acceptable price for those assets, it would serve to only further bolster Disney's leadership position as the world's most successful media conglomerate.

Combine that with Disney's target for returning at least 20% of the cash it generates to shareholders through dividends and stock repurchases, and with the company's shares still 11% below their 52-week high, I think there's more than enough here for in-the-know investors to appreciate.