Shares of Cavium Networks (NASDAQ:CAVM) rose on Monday after the company agreed to be acquired by Marvell Technology (NASDAQ:MRVL). This comes after reports of talks between the two companies in early November. At 3:30 p.m. EST, Cavium stock was up about 10%, while shares of Marvell were up about 5%.

Marvell has agreed to pay $40 in cash and 2.1757 Marvell shares for each outstanding share of Cavium, based on a purchase price of $80 per share. The transaction is valued at roughly $6 billion, and Cavium shareholders will own about 25% of the combined company after the deal closes. 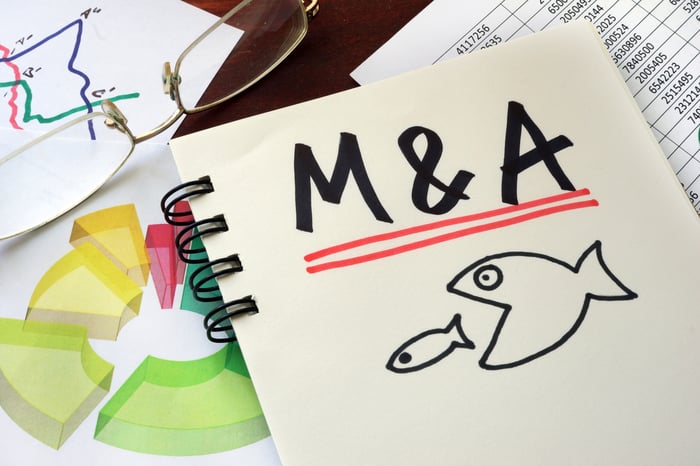 Cavium co-founder and CEO Syed Ali commented on the deal: "Individually, our businesses are exceptionally strong, but together, we will be one of the few companies in the world capable of delivering such a comprehensive set of end-to-end solutions to our combined customer base. Our potential is huge."

Once the transaction closes, Marvell expects to realize between $150 million and $175 million of annual run-rate synergies within 18 months. The deal is also expected to be significantly accretive to revenue growth, margins, and non-GAAP earnings per share.

The deal is set to close in mid-2018, pending regulatory approvals. Marvell will report its third-quarter results on Nov. 28, and investors should expect to hear more about the company's plans at that time.