One of the best gems during the analyst conference call was the discussion of cryptocurrency, which is digital currency that uses cryptography for security, and operates independently of a centralized bank; bitcoin and Ethereum are the two largest cryptocurrencies. NVIDIA's graphics cards are used to "mine," or generate, digital currencies.

Here are the three key things you should know about NVIDIA's crypto business and its growth potential. 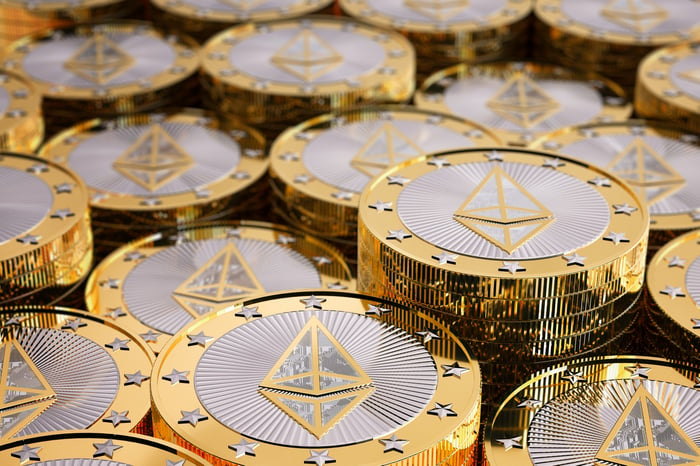 I've read it reported that NVIDIA doesn't break out its crypto revenue, which isn't exactly accurate. In its earnings releases, NVIDIA just breaks out its revenue by its four target market platforms (gaming, data-center, professional visualization, and auto) and a category called OEM and IP (original equipment manufacturer and intellectual property). But on the recent earnings call, CFO Colette Kress provided the revenue generated from the crypto market that's included in the latter category for both the third and second quarters:

Here's why those numbers understate the revenue NVIDIA generated from people buying its graphics cards to mine cryptocurrencies: CEO Jensen Huang said on the second-quarter earnings call that the company believes the "large majority" of people buying its products for crypto mining are purchasing its application-specific graphics processing units (GPUs), but some are still buying GeForce GTX cards, which are made for gaming. So these latter sales are included in gaming revenue, not OEM revenue.

The takeaway here is that NVIDIA is already generating some solid revenue from the cryptocurrency market. While Q3's percentage is a bit light, Q2's 6.7% can hardly be categorized as negligible -- and remember, it's understated by an unknown amount. If fact, NVIDIA generated more revenue in Q2 from the crypto market than from its auto market platform, which accounted for 6.4% of total revenue. 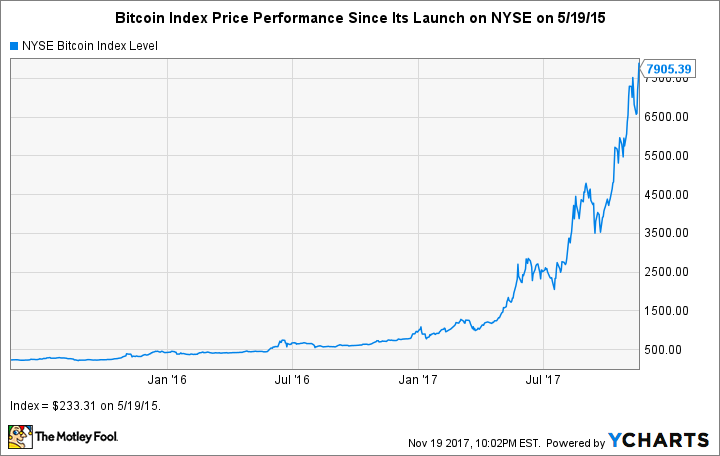 Prices for cryptocurrencies -- including bitcoin and Ethereum -- have skyrocketed in 2017, providing a boost to NVIDIA's revenue. (Bitcoin has gained 731% in 2017, through Friday.) Data source: Ycharts.

2. Why NVIDIA's crypto business will ebb and flow

The relationship between NVIDIA's cryptocurrency business and the price of cryptocurrencies isn't as straightforward as many folks might think. Huang gave a great explanation on the Q3 call of this topic:

[W]hen a ... digital currency market becomes very large, it entices somebody to build a custom ASIC [application-specific integrated circuit] for it. ... Bitcoin is the perfect example of that. ... But then what happens is a couple of ... players start to monopolize the marketplace and ... it chases everybody out of the mining market and it encourages a new currency to ... emerge. ... [T]he only way to get people to mine it is if it's hard to mine ... However, you want a lot of people to try to mine it. ... [T]he ideal platform for ... emerging digital currencies turns out to be a CUDA GPU [which are NVIDIA's GPUs]. And the reason for that is because there are several hundred million NVIDIA GPUs in the marketplace. ... And so it's the cycles of these digital currencies, and that's the reason why I say that ... crypto usage of GPUs will be small but not zero for some time. And it's small because when it gets big, somebody will go and build a custom ASIC. But if somebody builds a custom ASIC, there will be a new emerging cryptocurrency.

The takeaway here is that NVIDIA should profit the most when new digital currencies emerge. This explains why the company's GPUs have been considered great for mining Ethereum, a relatively new cryptocurrency, but no longer ideal for mining the larger and more established bitcoin. This dynamic will continue to repeat itself, Huang says.

3. CEO believes cryptocurrency will continue to grow and be an important market

Here's what Huang said on the second-quarter earnings call:

Cryptocurrency ... is here to stay. The market need for it is going to grow, and over time, it will become quite large. [I]t is very clear that new currencies will come to market. And it's very clear that the GPU is just fantastic at [mining] cryptography, and as these new algorithms are being developed, the GPU is really quite ideal for it.

I share Huang's sentiments and believe that cryptocurrency could eventually be one of NVIDIA's target market platforms, along with gaming, data-center, professional visualization, and auto.