It's been a banner year for both Micron Technology (NASDAQ:MU) and longtime partner Intel (NASDAQ:INTC). That said, Intel's 23% jump in share price this year can't match Micron's mind-boggling 123% gain.

Despite the deservedly strong gains both have delivered in 2017, their stocks remain relative values compared to those of their peers. It's no easy feat choosing between the two memory providers, but based on expectations for next year -- and one other critical factor -- one has the edge as the better buy today. 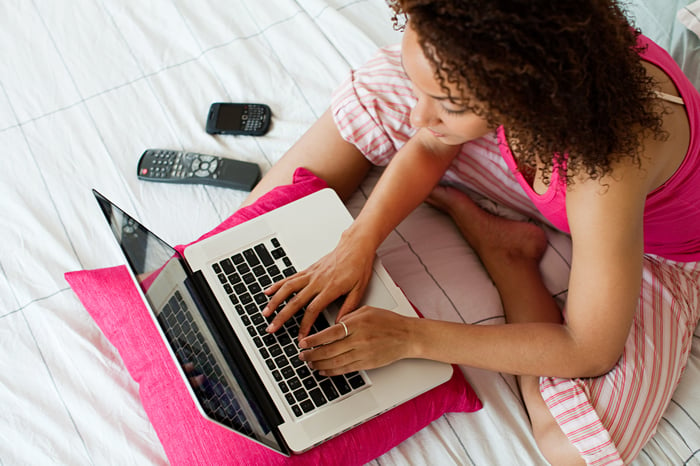 The fourth quarter and fiscal 2017 year were nothing short of spectacular for Micron shareholders. Thanks to an increase in demand for both DRAM and NAND flash memory solutions, and limited supply, the company obliterated last year's results.

For the quarter  Micron reported an astounding 91% increase in revenue to $6.14 billion. The year's $20.32 billion was "just" a 64% improvement. As impressive as Micron's sales were, it was able to accomplish its top-line growth while also managing expenses.

Cost  of goods rose 20% last fiscal year to $11.9 billion, but operating expenses inched up only marginally. Considering Micron's gains in total revenue, its moderate bump in expenses was more than tolerable. Among the key drivers of Micron's outstanding 2017 were an 8% increase in DRAM prices and a 5% bump in the price of NAND solutions.

To a significant degree, DRAM pricing is controlled by Micron, along with fellow market-share leaders Korea-based SK Hynix (NASDAQOTH: HXSCL) and Samsung (NASDAQOTH: SSNLF). Combined, the three provide 95% of DRAM globally. Thanks to "cautious production plans" from these dominant players, the current imbalance between supply and demand -- and the trend of rising prices -- should continue at least for another year.

The outlook isn't so positive for NAND prices. Now that Toshiba (OTC:TOSBF) has agreed to sell its memory group for  $18 billion to a group that includes SK Hynix and Apple (NASDAQ:AAPL), the NAND market could face a glut of supply. If so, one of Micron's growth drivers will come under pressure. The glory days of Micron calling the shots in the fast-growing memory market may be fading. 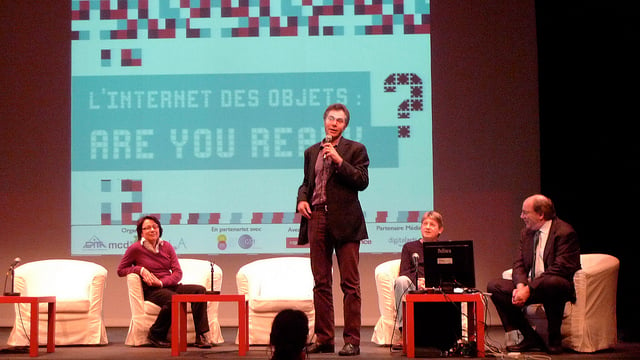 Unlike Micron, Intel stock didn't hit most investors' radar until it released third-quarter earnings. Wall Street was waiting for proof that CEO Brian Krzanich's transition of Intel away from its long reliance on chips for PCs was taking hold. The Q3 results made it clear that Intel's focus on cloud data centers, the Internet of Things (IoT), artificial intelligence (AI), and memory sales is producing positive results.

Not long  ago, a quarter with little to no growth from Intel's PC group would been a disaster. But last quarter's $8.9 billion in PC-related revenue -- flat compared to a year ago -- didn't prevent Intel from reporting its third consecutive quarter of record-breaking sales and earnings.

When the $469 million in revenue from programmable solutions is added to the mix, $7.1 billion of Intel's $16.1 billion in total sales -- equal to 44% -- was derived from its core solutions businesses. Better still, the percentage of non-PC related revenue is rising with each passing quarter. Intel is growing in all the right places while managing overhead.

Operating expenses were down more than 10% in Intel's Q3, which helped drive its record operating income and EPS. But the icing on the cake for income investors will be Intel's dividend which currently yields 2.45%, one of best among its peers.

Both Micron and Intel offer compelling arguments to investors. Despite Micron's growth this year  it's trading at just 11.1 times earnings, a bit below its peer group average of 11.6. And at just 6.1 times forward earnings, it remains a good value. At 15.7 times trailing  earnings and a mere 13.9 times expected earnings, Intel is also priced well below its peers, which average a P/E of 26.8.

My concern regarding Micron is that it could face NAND pricing pressure in the coming months, and if a new player or one of its current competitors decides to open the DRAM supply floodgates, it would hurt Micron long term. Toss Intel's diversified suite of solutions onto the scales and its growth where it counts gives it the slight nod over Micron as the better buy.