Don't let PepsiCo's (NASDAQ:PEP) name fool you: Although the company shares the eponym of its namesake beverage, PepsiCo can best be thought of as a food and beverages conglomerate. In fact, the company reported that the majority of net sales -- 52% -- came from its food segment last year, with beverages taking the rest. This diversification has allowed PepsiCo to outperform Coca-Cola -- mostly a pure-play soft-drink company -- over the last five years.

Pepsi's strategy makes sense considering its history. The modern-day PepsiCo was formed from a merger of then Pepsi-Cola and the Frito Lay Company. Since then, the company has continued to acquire food and beverage companies to augment growth and to strengthen its competitive position.

The next acquisition should be Hain Celestial Group (NASDAQ:HAIN). 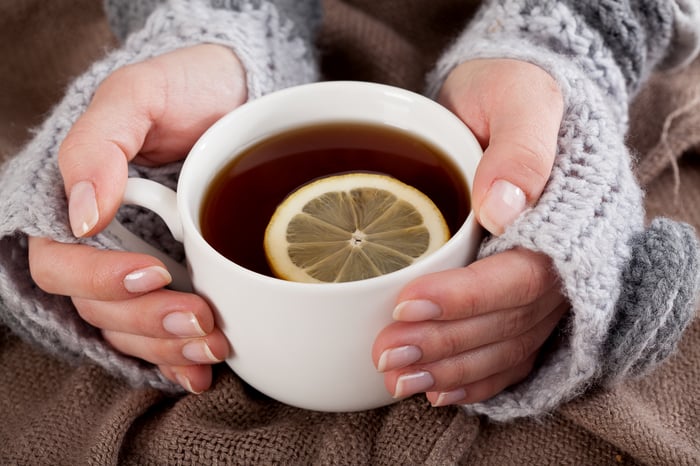 Hain Celestial's stock has seen better days. In the early part of the decade, the company embodied healthy and organic right at the time consumers were starting to embrace this trend. Shareholders were handsomely rewarded as the stock rose from the mid-teens to as high as $70 per share before giving way to new entrants amid a more-competitive organic market.

Hain's real problems began in earnest in mid-2016 due to an accounting scandal. Colleague Jason Hall provides more details, but the company's value dropped by approximately 30% when it announced it had to delay earnings due to improper revenue recognition. It took the company more than a year to present updated financial statements.

Earlier this year, an analyst from the Jefferies Group said he felt Hain's managers were open to a potential takeover and other strategic moves once the accounting errors were corrected. Soon after, activist investor Engaged Capital announced a large stake in the company and its intentions to push for a sale. Later, the company agreed to board changes, bringing Engaged Capital founder Glenn Welling onto the board.

PepsiCo may have competition for the brand. Speculated acquirers include Kraft Heinz, Nestle, Pinnacle Foods and General Mills. Many of these companies are looking for ways to reverse anemic growth. Nestle has recently struggled in the U.S. market and is looking for strategic solutions, which may include selling its U.S. chocolate business. General Mills' recent earnings miss scared investors and led to a sell-off throughout the entire industry.

Early results have been encouraging

Hain would round out PepsiCo's brand offerings and provide the company a foothold in a growth market. In Hain, PepsiCo would receive both food and beverages and a strong presence in organic, gluten-free, and vegetarian brands.

Hain appears to have put its recent troubles behind it. Over the last two quarters, Hain has either beat or matched revenue and adjusted earnings-per-share estimates, while issuing stronger-than-expected guidance for fiscal 2018.

Hain recently reported 4% top-line growth in its fiscal first quarter and has guided for 2018 net sales growth of 4%-6%. This is conservative, considering the 16% annualized five-year top-line growth the company produced through fiscal year 2017. With stronger management, better marketing, and a more defined supply chain, PepsiCo could bring out the best of Hain's brands and make this yet another successful acquisition.