After more than a year and numerous delays, Hain Celestial Group Inc. released nearly a year's worth of financial reports and spoke with investors. Here's a deep dive into the things that really matter.

Investors have waited a long time for Hain Celestial Group Inc. (HAIN 2.67%) to report financial results, having last filed quarterly or annual results with the SEC on May 10, 2016. So after more than 13 months without having an update on how the business was doing, the market has anxiously waited to hear how things have gone. That's doubly true considering the accounting concerns behind this delay.

On June 22, Hain finally released its 2016 10-K annual report, as well as the 10-Q quarterly reports for the first, second, and third quarters of fiscal 2017. In all, the company got us caught up on four quarters of financial results it had yet to report, while also correcting what management described as "immaterial errors" to prior-period financial statements in 2015 and 2016. 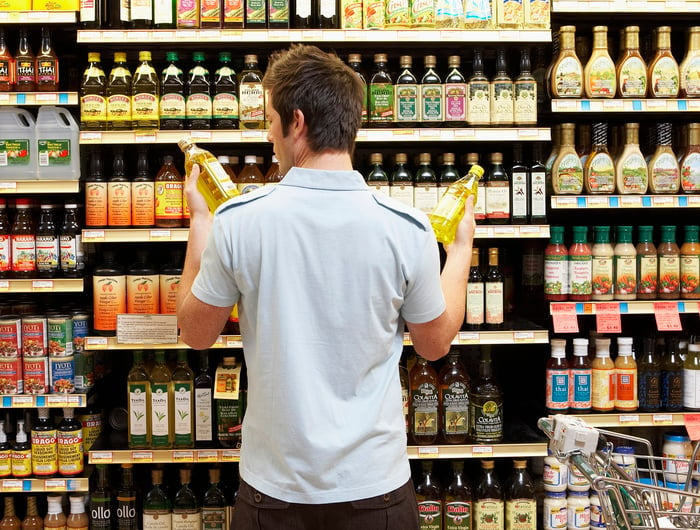 Three things in Hain's earnings stand out as most important. First, the company didn't find any major accounting problems, and the changes in revenue recognition didn't affect cash flow. Second, the business hasn't performed as well over the past year as it had in the past, and a lot of changes that investors need to understand are happening. Third, and potentially the most important thing, is what management says it's doing to right the ship and reignite both revenue and profit growth.

First: The accounting issue is resolved, with no material impact on the business

Back in August, Hain announced that it would be late filing its fiscal 2016 results. Here's a timeline of what has happened and when.

While it took a significant amount of time -- far longer than anyone expected -- for Hain to complete its internal reviews, which went all the way back to fiscal 2014, management says the outcome was essentially immaterial to the company. This slide from the company's presentation shows how revenue and GAAP and non-GAAP earnings per share were changed following the audit in 2014, 2015, and the first nine months of 2016: The impact wasn't tiny, but it was minimal to GAAP earnings in 2015 and 2016. Furthermore, and maybe more importantly, the company said there was no impact to its cash flows or cash balances and that it had new financial controls in place, as well as changes in personnel, to make sure its accounting processes were corrected.

Second: Sales results and profits have fallen off, but cash flows remain solid

Here's a look at how Hain's results have come in through the first three quarters of fiscal 2017:

Hain's revenue is down slightly so far this year, while its profits are off by half. On the earnings call, management pointed at a number of things affecting both the top and bottom line:

Here's how Hain broke down the impact of these things on its earnings before interest, tax, depreciation, and amortization (EBITDA) so far this year: There's good news on the cash-flow front. So far in 2017, Hain has generated $148 million in operating cash flow, up 12% year over year. Operating free cash flow (defined as operating cash flow minus capital expenditures) was up 40% to $104 million. Strong cash flows enabled the company to pay off $170 million in debt since the start of 2017, and management expects it will pay down another $40 million during the current quarter while still retaining sufficient cash to support capital needs.

Third: Management is working to improve profits and reignite growth

The good news is that the company is already seeing improvements in some of these areas. Foreign exchange has improved over the past year, as the dollar and euro now trade closer than they did in 2016. Furthermore, currency exchange masked some growth. On a constant-currency basis, revenue was up 4%, including 18% growth in the U.K. -- again excluding Ella's Kitchen, which increased slightly -- along with 17% in Europe and 7% in Canada.

But in terms of reigniting sales growth and delivering better profitability, management said it has expanded its "Project Terra" initiative, which it had announced in 2016, before the accounting issues put the company in silent mode. Initially, Project Terra was a U.S. program, which grouped Hain's brands into seven platforms to better leverage distribution, production, marketing, and other resources that made sense to share within certain brands and product types.

Over the past year, the company has expanded the program to its entire global operation and expects it to support significant investments in marketing. According to Hain's presentation, management is expecting Project Terra to drive $350 million in annual costs out of the business. The company plans to increase its marketing spend by around $50 million per year starting in 2018 -- a 50% increase -- funded by the cost savings from Project Terra, while using the rest to reduce debt, repurchase shares, and otherwise strengthen the business.

The company has also instituted a rigorous rationalization of its products, focusing on its 500 top SKUs and eliminating approximately 600 poor-performing SKUs. The short-term impact will be 180 basis points of drag on revenue, but the long-term benefit will be reduced production complexity and planning expense, as well as increasing the company's ability to focus on its top SKUs and brands with its marketing and growth investments.

At HPP, poultry prices have rebounded, while the company's production expansion at Freebird is complete and in operation. This development will reduce reliance on third-party packers and processors, which will boost margin.

All combined, the company expects its cost-saving initiatives, the recovery of poultry prices and expansion at HPP, improved foreign exchange rates, and sales growth to start paying off by 2018.

Looking ahead: Moderate sales growth, but an outside profit boost starting in 2018

The company expects that the combination of improved currency exchange, higher poultry pricing, Project Terra's early benefits, and increased marketing investments will lead to 4% to 6% top-line revenue growth in 2018. Even better, the cost-reduction and efficiency gains of Project Terra are expected to pay off with even more growth on the bottom line. Management expects profit margin to increase 9% to 11% next year, on the back of 200 basis points of improved margin.

Beyond 2018, management is counting on its planned increase in marketing investments to help drive more growth, as the company focuses on growing brand equity with consumers, expanding its trade relationships with resellers and merchants, and being price competitive.

The past year hasn't been easy for Hain investors, and there remains uncertainty as the organic and packaged-foods business continues to evolve and become more competitive. But with strong cash flows to support its business and a plan to improve operations and invest even more in marketing its already leading brands, it's probably not a good idea to count out this founder-led company. Even with a number of top products in its categories, Hain remains a small company in an enormous global industry, competing in the fastest-growing segments.