Wall Street returned to more normal conditions after a long Thanksgiving weekend, but the stock market largely remained in the same mode it has enjoyed for months. Volatility was generally absent. Major benchmarks were mixed, some falling slightly from all-time highs while others climbed further into record territory. Within the market, there were crosscurrents between certain sectors, with retail stocks doing reasonably well after seeing solid holiday shopping traffic even as energy stocks fell on crude oil's small pullback from its recent advances.

Stitch Fix (NASDAQ:SFIX), Sierra Wireless (NASDAQ:SWIR), and Roku (NASDAQ:ROKU) were among the best performers on the day. Below, we'll look more closely at these stocks to tell you why they did so well.

Shares of Stitch Fix picked up another 24%, adding to gains totaling more than 40% since the company went public just last week. The subscription-based apparel retailer has been an unusual success story in the industry, having reached the $1 billion mark in annual sales recently after just half a dozen years since its launch. Following an initial dip, investors have embraced the niche retailer, but as with most companies in the industry, the holiday shopping season will be a proving ground for Stitch Fix. Depending on how the next several weeks go, Stitch Fix could set itself up for a strong 2018 -- or fizzle out after a strong post-IPO run. 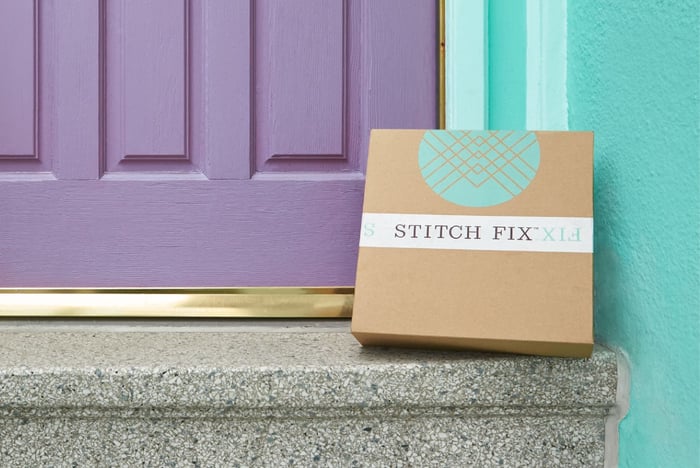 Sierra gets a boost

Sierra Wireless stock climbed more than 11.5% after the chipmaker got an upgrade from analysts at Raymond James. The analyst company boosted its view on Sierra Wireless from market perform to outperform, setting a $30-per-share price target. Sierra has been working hard to make key advances in niche areas like providing network connections within automobiles as well as Internet of Things connectivity, and analysts believe that the auto play by itself could sustain strong growth. The company has struggled since early in the year, but Sierra Wireless might finally have a pathway out of its recent funk.

Finally, shares of Roku gained 18%. The streaming media player manufacturer has had an extremely good November, with strong earnings results prompting further upward moves over the ensuing weeks. With share prices having more than doubled since late October, skeptics worry that Roku stock is getting ahead of its fundamental strength. Yet those who follow Roku are getting increasingly optimistic, and analysts at Needham were the latest to join the bandwagon, keeping a buy rating on the stock and raising the price target on shares from $28 to $50 per share. As long as the company can keep posting strong growth in active accounts and hours streamed, Roku is well-positioned on the cutting edge of content delivery.