Asked by Australian billionaire Mike Cannon-Brookes if he was serious about being able to build a battery system powerful enough to back up South Australia's entire power system, Musk Tweeted:

Tesla will get the system installed and working 100 days from contract signature or it is free. That serious enough for you?

And now -- less than 100 days after contract signature -- the battery is built. 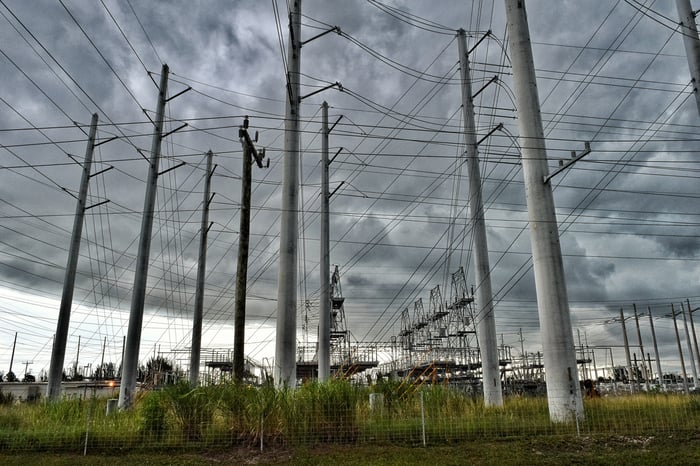 Serious as a heart attack

Back in March, South Australia was still reeling from the aftereffects of a series of blackouts that struck the state in September and December of 2016, and then again in February 2017 as well. The first two outages were caused by storm damage to the state's electrical grid, while the February outage was due to overuse in the middle of an Australian-summer heat wave. Among other victims of the outage, Adelaide-based Flinders Medical Centre hospital lost power when its backup generator failed, requiring more than a dozen ICU patients to move to another hospital where the generator was still working.

Capitalizing on the crisis, Musk boasted that Tesla could, if asked, build South Australia a 129-megawatt battery backup system to help prevent a repeat of the preceding six months' problems. The "Tesla Powerpack" battery would be fed electricity from 100 wind turbines at French renewable energy company Neoen's Hornsdale Wind Farm. With more than 100 megawatts of storage capacity, it would be able to provide continuous power to more than 30,000 homes -- about the number that lost power in the big September 2016 blackout.

Tesla expected to book $50 million in revenues from the project, money it would forego if Musk failed to deliver on time. Lucky for him, South Australia waited six months to officially sign the contract, so Tesla was able to get half the project completed before the clock even started ticking. Less than two months later, the work is already done -- and the world's biggest Powerpack battery is ready to go online on Dec. 1.

South Australia was not Tesla's first foray into the field of megabattery-building (although it is, for now, its biggest) -- and it probably won't be its last. In January, Tesla cut the ribbon on a nearly as big 80-megawatt backup battery built for electric utility Southern California Edison.

More recently, in the aftermath of Hurricane Maria, Musk declared that there is "no scalability limit" on Tesla's Powerpack batteries. If asked, Musk said that what Tesla has already done for Southern California and Southern Australia it can do for Puerto Rico as well -- rebuild the island's entire powergrid, and back it up with a massive Powerpack system.

Puerto Rican Governor Ricardo Rossello was quick to respond, talking with Musk by phone and then scheduling a meeting with Tesla's people to "explore opportunities" to make Puerto Rico into a "flagship project" for Tesla's Powerpack.

Is Musk's offer realistic? South Australia apparently feels that 129 megawatts of electric storage provides a sufficient buffer against catastrophe to ensure the power needs of its population of 1.7 million. Puerto Rico's population of 3.4 million is only twice that of South Australia. It stands to reason, therefore, that a Tesla Powerpack of 260 megawatts or so might provide the necessary minimum level of safety for PR -- and Musk says that by the end of next year, Tesla's Gigafactory will be producing 35 gigawatts' worth of battery packs annually.

From a business perspective, therefore, this sounds like a project that Tesla could make happen. As for funding it, well, South Australia's Powerpack cost $50 million to put in place. Assuming a megabattery for Puerto Rico would need to be twice as big, this still implies a price tag of only $100 million. And as we've seen, the U.S. government has already agreed to foot an $860 million bill (to hire The Louis Berger Group) to begin supporting "critically needed temporary power for Puerto Rico and the Virgin Islands."

Long story short: It looks to me like the money is there. Musk assures us that production capacity is no constraint at the Gigafactory. And with political support from Puerto Rico's governor lined up, there's every chance Tesla's next big power project may be to rebuild the Puerto Rican electric grid.