It's only a matter of time before the mobile payment leader hits $1 trillion in total payment volume.

PayPal Holdings (PYPL 0.94%) stock is up almost 85% year to date as the company continues to fire on all cylinders. From 2012 through 2016, PayPal's revenue increased 91% and earnings per share grew 80%. Given that the e-commerce and mobile payments markets continue to grow at a fast rate, there is every reason to believe PayPal will continue putting up similar numbers over the next 10 years.

In the third quarter of 2017, PayPal reported revenue growth of 21% year over year, and non-GAAP (adjusted) earnings per share grew of 31% year over year. These kinds of great results are becoming just another typical quarter for the mobile payments leader.

Let's review the strategy that is producing these impressive results and what that tells us about where PayPal will be in 10 years. 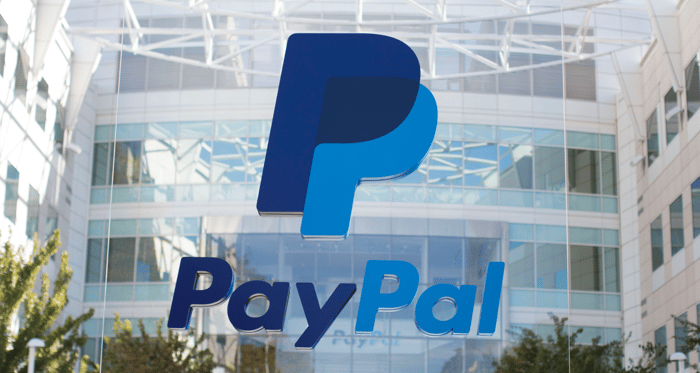 What to expect over the next 10 years

PayPal's momentum is primarily benefiting from the strong tailwind of e-commerce growth, which grew 15.5% in the U.S. in the third quarter and still makes up less than 10% of total retail sales. The expansion of e-commerce has, in turn, ignited the growth of mobile payments, a market that is expected to grow 33% annually through 2022 and reach $3.4 trillion in value. This megatrend gives PayPal a lot of room to grow for many years as one of the leading mobile payment providers.

To put PayPal at the forefront of this massive growth opportunity, management has been implementing a strategy of giving customers more ways to use their PayPal account, including partnerships with credit card companies and banks, and also introducing new features like One Touch. Management has found that when customers have more funding options for their account, those customers tend to use their account more often.

Since the fourth quarter of 2016, growth in both customer accounts and total payment volume (TPV) have accelerated, following the partnerships PayPal announced with Visa, Mastercard, Discover, and Citigroup, among others.

Looking out over the next 10 years, PayPal's strategy of spreading its brand ubiquity is not going to change. Investors also shouldn't rule out acquisitions as part of PayPal's growth strategy. Earlier this year, PayPal announced it was buying TIO Networks, a bill payment processor. The deal shows management really wants PayPal to not only be a platform for shopping, but also a platform to manage personal finances.

$1 trillion in total payment volume is within reach

PayPal generates revenue by charging a few percent on every transaction processed on its platform (except Venmo, which is mostly a free service right now). In the last 12 months, PayPal processed $419 billion in TPV and generated $12.3 billion in revenue. Growth in customer accounts and growth in the number of transactions per customer account are the two main ways for PayPal to increase its TPV over time. The combined growth of these two metrics very closely approximates the growth of TPV.

As of the third quarter of 2017, PayPal's transactions per customer account was 32.8 over the trailing-12-month period, which means customers used their account about once every two weeks on average. On the company's second-quarter conference call with investors, CEO Dan Schulman said growing transactions per account to two times per week is the goal:

Given Schulman's target, we can get a rough idea of where PayPal is likely headed. Twice-a-week usage translates to 104 times per year. That's about three times the level of transactions per account PayPal currently generates. To be conservative, let's assume PayPal doesn't grow customer accounts at all from the current 218 million and that the average amount per transaction remains stable at about $58. Crunching the numbers, two times per week usage would translate to $1.3 trillion in annual TPV.

Management expects operating income margin to remain stable or expand over the long term, so as TPV grows, revenue and profits should grow in proportion.

Given PayPal's current momentum, the size of the market opportunity, and management's goal to drive higher customer engagement, PayPal should continue growing for many, many years. The company is well on its way to generating $1 trillion in annual TPV. The historic rate of growth of the business indicates that may happen within the next decade.

The stock trades at 41 times earnings estimates for 2017, which is justified given the company's large growth opportunity. Over the next 10 years, e-commerce and mobile payments will continue to eat up a larger percentage of total commerce and PayPal should grow in proportion.