Amazon is aggressively pushing its Echo speakers in India to break into this fast-growing e-commerce market.

Amazon (AMZN -1.57%) has made a slew of strategic moves in the Indian market this year as a part of its $5 billion investment plan, but the recent introduction of the Echo speaker line-up could turn out to be its smartest move yet. Not only will Echo help Amazon tap the booming demand for wireless speakers and smart home systems, it will also help the company bring more customers into its ecosystem. Let's see how.

India is just the fourth country after the U.S., the U.K., and Germany to receive the Echo speakers, which are powered by Amazon's Alexa voice assistant. This isn't surprising as Amazon wouldn't have waited long to debut this product in the world's growing e-commerce market. More importantly, Amazon seems to have got its introductory pricing right, as consumers need to pay as little as $48 (at the current exchange rate) for the entry-level Echo Dot device. 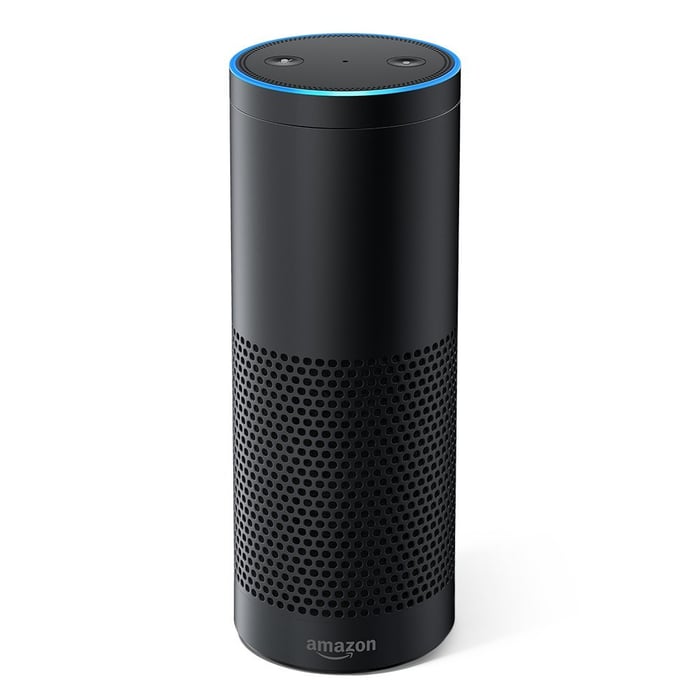 Amazon is giving Indian consumers a sweet deal by throwing in one year's worth of Prime subscription for free. In fact, the company is offering the free annual Prime subscription across all Echo devices, which should help drive sales of the hardware given the many benefits of the subscription plan.

Currently, an Amazon Prime member in India gets access to expedited delivery, a 30% discount on items during sale days, and access to Amazon Prime Video. The near-term launch of the Prime Music service will be another added incentive that'll push sales of the Echo devices.

The Echo's low pricing and the freebies thrown in by Amazon should definitely bring more consumers into its fold, which will eventually drive sales on its e-commerce platform. To achieve this goal, Amazon has announced that it will be expanding the skill set of its Alexa voice assistant with the help of developers who'll build India-specific functionality into the Echo speakers.

This means that Echo users will be able to use voice commands for various apps and services, such as booking a cab through Uber, order food through Zomato, book hotels, listen to the news, and stream music among other things. Furthermore, Echo users will no longer need to visit the service provider directly.

For instance, a voice-based cab booking rules out the need for opening the Uber app on the phone, saving time and enhancing convenience. Echo will act as the middleman for a variety of services, allowing Amazon to deeply embed itself into Indian consumers' daily lives.

Customers can be expected to start ordering items on Amazon through the Echo devices using just voice commands. This will help Amazon direct e-commerce traffic to its own platform by keeping local rivals such as Flipkart out of the fray, thereby boosting its own top line growth in India.

More importantly, Amazon will be able to lock-down Echo customers into the Prime plan by offering the service for free initially. Once those users get accustomed to the benefits of the Prime subscription service, Amazon will get a steady stream of revenue after the initial free period runs out.

The Echo speakers will make Amazon the go-to platform for a wide number of applications thanks to Alexa's expanding skill set. However, these aren't the only ways that Echo could drive the company's growth in the Indian market.

The Echo could turn out to be the go-to device for smart home applications and wireless music in the Indian market. Global sales of smart speakers are expected to grow at an annual pace of 50% from 2017 to 2024. The Asia-Pacific region will be one of the key catalysts behind this rapid growth, driven by a spike in demand from China, India, and Japan.

Amazon leads the smart speaker market with a 70% market share in the U.S., and it could replicate its success in India thanks to smart pricing and the added Prime subscription benefits.

Amazon is packing in a lot of technology even to the entry-level Echo Dot speaker. It comes with seven microphones, is equipped with far-field voice recognition technology that allows the device to hear commands from any direction while playing music, and can play music from online sources.

The top of the range Echo Plus speaker that Amazon is currently selling for an introductory price of $161 approximately (based on the current exchange rate) comes with a built-in smart home hub. This means that users will be able to operate lights and other appliances such as a microwave with their voice, and without the need for any additional hardware.

It won't be surprising if sales of Amazon's Echo Plus speakers eventually take off in the Indian market. Its inbuilt smart home hub is priced reasonably and comes equipped with a lot of other goodies. The versatility of the Echo speaker line-up will help Amazon in more ways than one in India, helping to bring more consumers into the Amazon ecosystem and drive e-commerce sales growth.