Another year and another period of FedEx Corporation (NYSE:FDX) stock performance trouncing that of United Parcel Service, Inc. (NYSE:UPS). In fact, UPS stock is flat on a year-to-date basis at the time of writing. It's all very disappointing because UPS is supposed to be a way to play booming growth in e-commerce transactions. What's going on, and what should investors look out for in 2018? 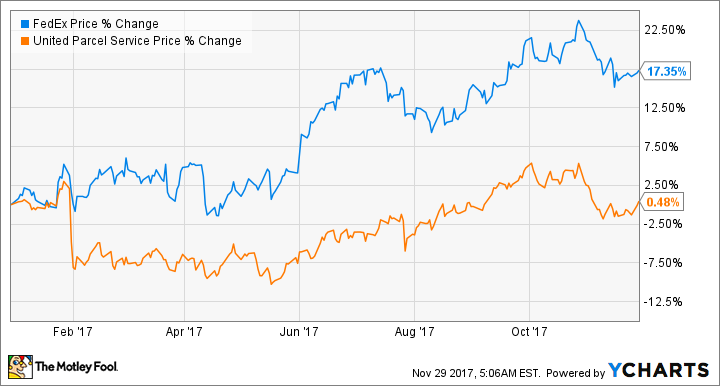 UPS generates just over 60% of its operating profit from its U.S. domestic package segment, and it's here that investors should be focused. 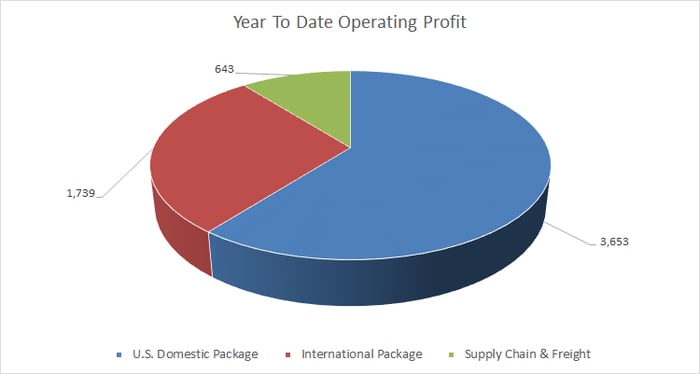 There are three things to look out for within the segment:

You can see these themes playing out in the charts below. FedEx and UPS have both been ramping up capital expenditures in recent years -- though to be fair, FedEx is also increasing spending in order to integrate TNT Express -- and free cash flow (FCF) has taken a hit as a consequence. Meanwhile, operating margin growth has taken a hit. 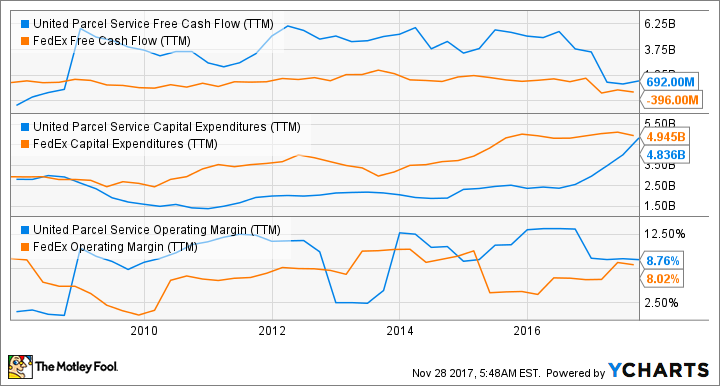 Let's look into these matters in more detail.

In short, e-commerce is creating challenges as well as opportunities for both companies. Servicing peak demand during the holiday season created significant problems in 2014 and 2015 for UPS, and the company will be under pressure to manage the peak period successfully this year, too. 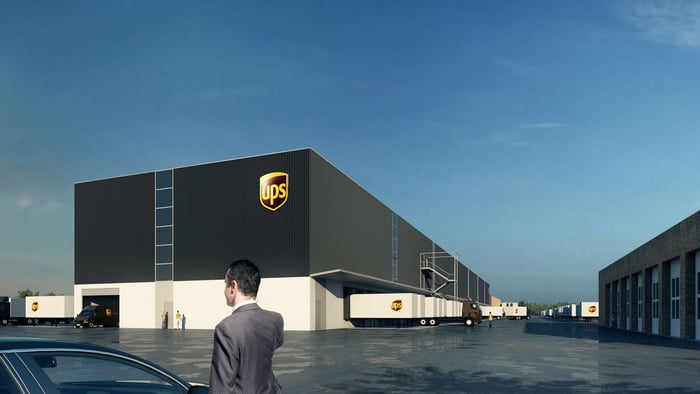 UPS has been expanding and upgrading facilities in 2017. Image source: United Parcel Service.

The pressure for increased capital spending comes from the need for extra capacity and technology in order to service volume growth in e-commerce deliveries. For example, UPS had planned to spend just 4.5% to 5% of its revenue on capital expenditures in 2015-2019, but this figure is set to increase to more than 6% in 2017 alone.

Moreover, operating margin is being pressured by increasing costs -- as networks are expanded, they will cost relatively more to run -- at least initially until volume growth has picked up. In addition, a lot of e-commerce deliveries can be bulky, hard-to-deliver items (for example, trampolines and mattresses) or lightweight and inefficiently packaged items. It's true that FedEx and UPS are both taking substantive measures to increase pricing and influence behavior in order to offset these trends, but a look at segment operating margin trends shows the ongoing margin challenges. 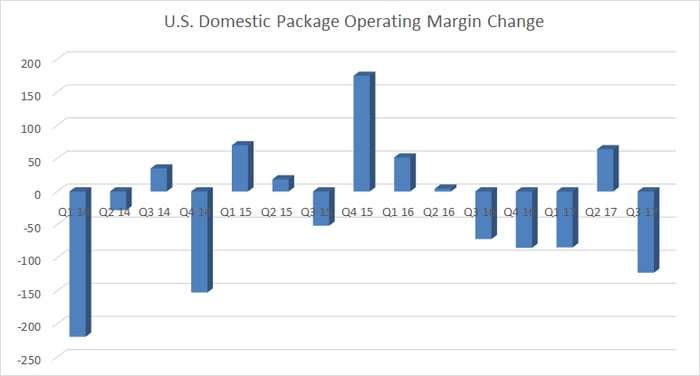 What management said on margin

The issue of the future direction of U.S. domestic package margin came up on the third-quarter earnings call. Sanford Bernstein analyst David Vernon suggested investors were "nervous about the stock" because of a possible "lack of commitment" from management with regard to margin in the next two to three years.

In response, UPS management argued that the increased capital spending and network expansion was being made "for the next generation" and in order to service future growth.

Moving into 2018, investors can hope for a successful peak season; also look out for guidance on future capital spending as a share of revenue to decline from the elevated levels of 6%-plus in 2017. It's probably optimistic to expect too much on U.S. domestic package margin. However, on a more positive note, the pricing initiatives appear to have led to a pickup in revenue per piece without negatively impacting volume growth -- good news that suggests revenue growth could pick up in the future. 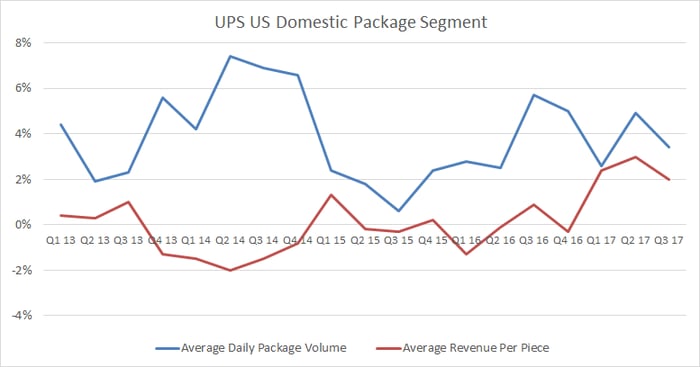 Given the improvement in yield, it's reasonable to expect a stabilization in margin and ongoing volume growth leading to pretty solid operating income growth in the U.S. domestic package segment -- analysts have overall earnings per share (EPS) growing at 8% next year.

It's time for UPS to start reaping the benefits of its investments in recent years, and that starts with the U.S. domestic package segment. That's what investors should be looking out for in 2018.