Find out whether this could finally be the year that the e-commerce giant makes the big move.

Stock splits get a lot of attention from investors. They don't affect the underlying economics of a business, but do provide a signal to shareholders that a company anticipates continued success. Early in its history, Amazon.com (AMZN -0.26%) split its shares on several occasions, but ever since the 21st century began, the e-commerce giant has chosen to stand pat even as its share price has soared to record heights. Amazon shareholders have nothing to complain about with their impressive total returns, but many still wonder whether a stock split would be a good idea.

When has Amazon done stock splits in the past?

Amazon's success began in the internet boom of the late 1990s, and that's when the company used the stock split strategy to keep its rising share price under control. The e-commerce giant did three splits in quick succession over the span of just 15 months, quickly giving investors 12 shares for every one share they owned prior to the splits.

When you look back at what prompted stock splits from Amazon, the company seemed to follow similar guidelines that most of its peers used. When Amazon set its first split in early 1998, the stock had reached the $100 mark. Subsequently, it waited a bit longer before doing its 3-for-1 split, with shares finishing above $150 per share, once again implying that the company wanted to bring the price down toward the $50 mark. Later in 1999, the stock had once again quickly climbed into the upper $100s, prompting another split.

After that, the tech bust in the early 2000s sent Amazon sharply lower, with shares falling as low as $5. That kept the prospect for further splits on hold for a long time as Amazon recovered and found ways to expand its business. 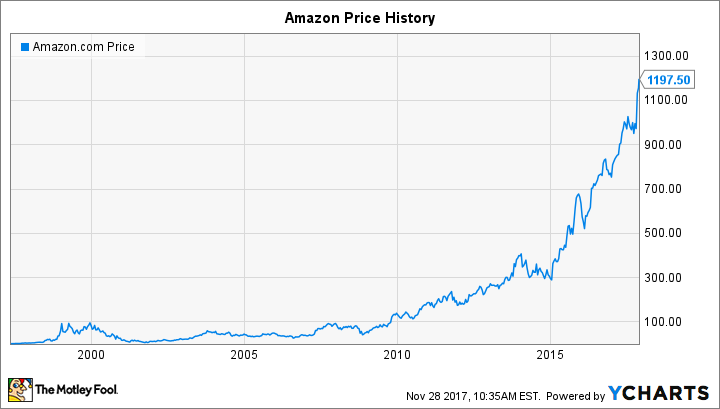 Only in late 2009 did Amazon manage to climb back above the $100-per-share mark. From there, though, the stock enjoyed a steady and impressive rise. By 2014, Amazon had quadrupled in price, yet there was no talk of any expected stock split. After a brief pause, the e-commerce giant began its latest run, which has taken its share price to quadruple-digit levels. Once more, however, Amazon has been silent about splitting its shares. Looking back for more than a decade, company management simply doesn't talk about the issue in its quarterly conference calls with analysts and other investors.

Instead, Amazon has focused on growth initiatives. Amazon Web Services has benefited from the upsurge in cloud computing activity, while the purchase of Whole Foods has pushed Amazon into a more physically centered retail space. Geographically, efforts to move abroad into lucrative markets like India could bolster Amazon's growth rates to offset the inevitable slowing in developed markets that are more mature. Expansion of Prime member benefits, the rising use of the Echo home assistant, and similar strategies are a key part of Amazon's overall plan toward long-term dominance. 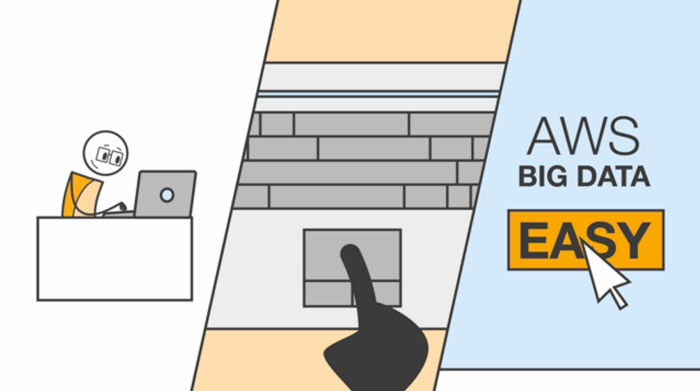 Should Amazon investors expect a split?

Just about the only hope left for Amazon investors who want a stock split is that it will join the elite group of companies that have done 7-for-1 stock splits in the recent past. Such a move would still leave the e-commerce king with a share price in the upper $100s, but it would bring it back in line with some of its peers atop the U.S. stock market.

Indeed, there's really only one inducement that could probably get Amazon to consider a split: admission to the Dow Jones Industrials. The price-weighted average couldn't handle a $1,200 stock, but it could handle the $170 share price that would result from a 7-for-1 split. The Dow doesn't make decisions to invite new companies to the mix all that frequently, but Amazon's place atop the retail world would be a good complement to the big-box brick-and-mortar retailers among the Dow's ranks already.

Absent a Dow move, Amazon is most likely just to let its stock keep rising without ever doing a split. With a growing number of companies choosing to follow that general strategy, there's little pressure on Amazon to buck the trend and return to an era of stock splits that's largely retreated into history.

John Mackey, CEO of Whole Foods Market, an Amazon subsidiary, is a member of The Motley Fool's board of directors. Dan Caplinger has no position in any of the stocks mentioned. The Motley Fool owns shares of and recommends Amazon. The Motley Fool has a disclosure policy.