Please ensure Javascript is enabled for purposes of website accessibility
Log In Help Join The Motley Fool
Free Article Join Over 1 Million Premium Members And Get More In-Depth Stock Guidance and Research
By Brian Stoffel, Tyler Crowe, and Timothy Green - Dec 2, 2017 at 10:30AM

What do a countertop maker, low-cost gym, and water-heater manufacturer have in common? Grabbing market share in fragmented markets.

The playbook was relatively simple: take a highly fragmented industry, build out to massive scale, and capture market share away from much smaller players. That's how Home Depot (NYSE: HD) managed to become the behemoth that it is today. And shareholders who bought -- and have held for the past 36 years -- have been rewarded handsomely. 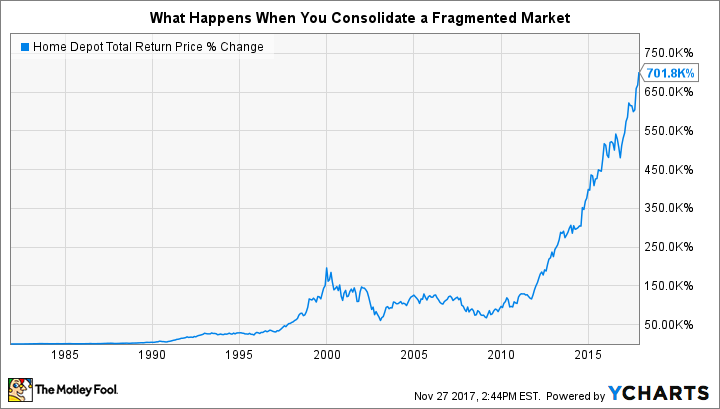 Caesarstone is having trouble taking advantage of this trend. Revenue growth has been sluggish in recent quarters, and earnings are taking a hit thanks to problems at the company's U.S. manufacturing facility. The stock has been hammered over the past two years, down about 66% from its multi-year peak. The market is no longer very excited about Caesarstone's growth story.

Caesarstone is now valued at roughly $830 million. The stock trades for 18 times the average analyst estimate for 2017 earnings, which doesn't seem all that cheap. But remember that earnings are depressed. Analysts expect a surge in earnings in 2018, putting the forward price-to-earnings ratio at just 14.

That earnings bump may not materialize if the company doesn't get its act together. But if Caesarstone can work through its manufacturing issues, the stock could make for a solid long-term investment as quartz countertops continue to gain market share.

Another market ripe for consolidation

Brian Stoffel (Planet Fitness): When my own college football career ended, I vowed never to go back to a gym again. Not only was I tired of long hours inside, and ready to run and swim and bike outside, but I was also keenly aware that most people who belonged to a gym paid a fortune without ever really using the facilities.

Then I hit my 30s and found a deal that's hard to turn down: $10 per month for access to all the weight equipment I needed. While I haven't yet put my own money behind the stock, I'm convinced Planet Fitness could have an opportunity to consolidate the low-end personal-fitness industry, much like Home Depot did to home construction and furnishings back in the 1980s. 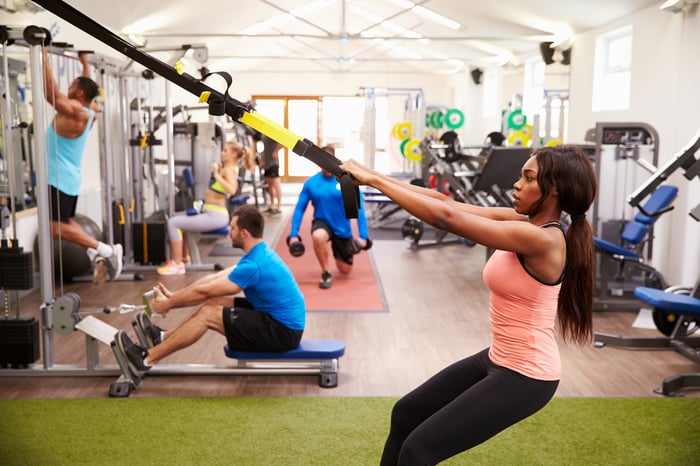 The company states it wants to, "appeal to a broad population, including occasional gym users and the approximately 80% of the U.S. and Canadian populations over age 14 who are not gym members, particularly those who find the traditional fitness club setting intimidating and expensive."

Think about that: It's going after 80% of the population -- and it looks like it's having success. Since 2014, here's what the company's growth has looked like.

Because of the scale that the company has already achieved and the low price point that it's offering, any competitor that wanted to challenge Planet Fitness would either have to offer a much reduced price point, or offer access to far more facilities. Neither one is likely, as it likely would cause a company to run a deficit while trying to scale. That provides a moat that I believe could help Planet Fitness achieve superior results for investors.

A worldwide investment in water heaters

Tyler Crowe (A.O. Smith): One thing that A.O. Smith has in common with Home Depot in its early days is that the water-heater manufacturer has slowly, but surely, taken market share from competitors. As it stands today, the company owns 40% and 50% of the residential water-heater market and the commercial gas heaters, respectively, which puts it way out ahead of any domestic peers. With that kind of market share in a surprisingly predictable market -- 85% of water-heater sales in the U.S. are replacements for older heaters -- the company has an incredible cash-flow engine to fuel growth.

If North America was A.O. Smith's only outlet, then perhaps it might not have the potential that Home Depot had. Its investments in emerging markets, though, give it a growth runway that would make even Home Depot blush. In China, A.O. Smith has enjoyed revenue growth of 22% annually since 2002. Over that time, it went from a marginal player in a crowded market to the leader with more than 25% of the water-heater business. Management estimates that the total addressable market in China and India will grow to 275 million households over the next decade, which is more than double total households in the U.S.

The best part about the company is that it's achieving high rates of growth and expanding margins. It's not that often that a company can grow earnings per share by 26% annually for close to a decade, while investing heavily in new markets where pricing power isn't as strong. The combination of growing market share, massive new markets ripe for the company's products, and a management team that can produce growth and returns at the same time is the kind of stock that could potentially achieve the same kinds of results as Home Depot did decades ago.

3 Stocks That Could Put Tesla's Returns to Shame