What's better than a company posting better-than-expected earnings results and raising guidance? A company that can raise guidance multiple times in a single year. During A.O. Smith's (NYSE:AOS) most recent earnings report, the company increased its full-year guidance for the third time. Let's take a look at A.O. Smith's most recent quarter. 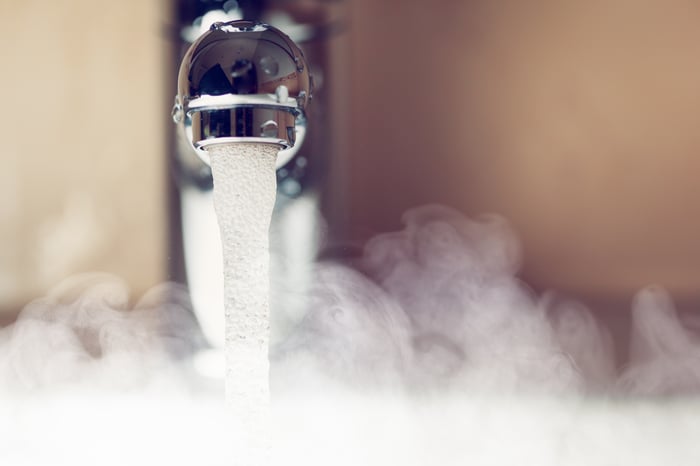 When compared to the prior quarter, A.O. Smith's results don't pop out at you that much. The thing you should take note of, though, is the year-over-year improvements. Revenue and net income increased 9.6% and 12.6%, respectively, thanks to measured growth in both North America and the rest of the world segments,

One thing that was notable this past quarter was that growth in China wasn't quite as robust as we have seen in prior quarters, and that margins internationally slipped. Management noted that some of that margin contraction related to expanding sales into what it classifies as tier 2 and 3 cities in China, which inevitably increased selling, general & administrative costs. The expectation is that the company will be able to recover those higher costs as it expands its market share in these parts of the country. Management also didn't break out sales of water and air purification systems like it has in prior quarters.

The one place where A.O. Smith's results saw a decline was in cash from operations. Cash from operations over the past nine months totaled just 150.2 million compared to $263 million over the same period last year. Almost all of that decline in cash flow came from a large build in working capital related to the expansion of its business in China.

Water heaters and boilers have long been the bread-and-butter business for A.O. Smith, but the company is starting to branch out into other aspects of the home, including water and air purification systems. These markets have been extremely lucrative thus far in China. It's no surprise, then, that the company made another investment in this part of the business by acquiring Hauge, a manufacturer of water-softening products, for $44 million in cash. 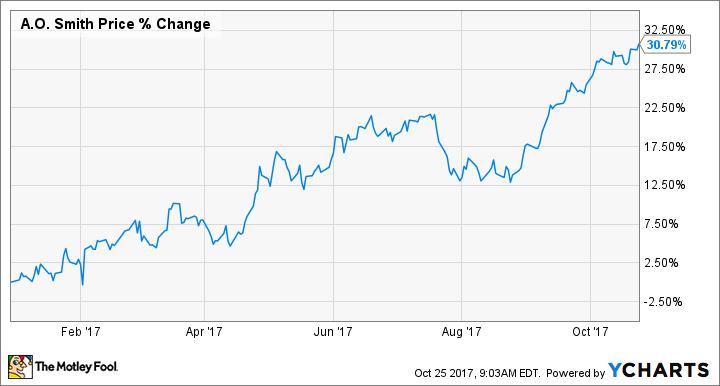 Hague and A.O. Smtih already had a working relationship in China. The company was already offering Hauge products throughout China with its third-party retailers and its own branded stores. By acquiring the company, it gives A.O. Smith another growth lever in China and in some other countries where Hauge has a presence but A.O. Smith does not.

Thanks to another impressive quarterly result, CEO Ajita Rajendra was able to raise the company's 2017 again:

We expect continued solid demand for our products and project our global sales will grow between 11 and 12 percent this year. With record results in the first nine months of the year, we upgraded the midpoint of our 2017 guidance range and now expect full-year 2017 earnings per share to be between $2.12 and $2.14. Our guidance excludes the impact from future acquisitions.

The interesting part of that statement is the last part about excluding future acquisitions. Perhaps I'm reading into it too much, but that seems to suggest that the company isn't done making acquisitions this year.

A.O. Smith's results may not ever blow anyone away, but there's something to be said about a company that can routinely grow revenue and earnings at a double-digit rate and produces returns on equity in the high teens or low 20s.

As it stands today, it would take a lot to upend A.O. Smith's growth strategy. The replacement rate of water heaters in North America means it has a relatively consistent customer base, and it can pass pricing onto the customer because it has a dominant market share. Combine that with its growth opportunities in China and other developing markets, and you have a stock investors should seriously consider for their portfolios.