Please ensure Javascript is enabled for purposes of website accessibility
Log In Help Join The Motley Fool
Free Article Join Over 1 Million Premium Members And Get More In-Depth Stock Guidance and Research
By Timothy Green - Dec 2, 2017 at 9:30AM

The software company reported another strong quarter, with some of its growth businesses producing triple-digit growth.

Virtualization solutions-provider VMware (VMW 3.94%) reported its third-quarter results after the market closed on Nov. 30. It was more of the same from the company, with double-digit revenue growth and even faster earnings growth. VMware boosted its guidance for the full year, and its results were buoyed by an acceleration in some key growth businesses, including NSX and EUC. Here's what investors need to know about VMware's third-quarter report. 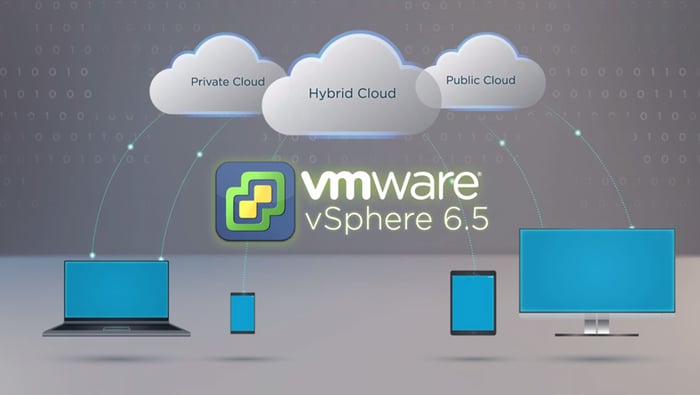 We are particularly pleased to announce in partnership with Amazon Web Services initial availability of VMware cloud on AWS in the AWS U.S. West region. VMware cloud on AWS brings VMware software defined data center to the AWS cloud allowing customers to run applications across operationally consistent VMware vSphere-based private, public and hybrid cloud environments and optimized access to AWS services. And just this week at AWS re:Invent we announced another milestone service featuring expansion to the AWS U.S. East North Virginia region and a rich set of capabilities and add-on services that will enable customers to migrate, run and protect production workloads at scale.

In Q3, we completed a $300 million repurchase of Class A common stock from Dell Technologies, which was announced on last quarter's call. In addition, we completed $555 million of stock repurchases in the open market during Q3. At the end of the quarter, we had just over $1 billion remaining on our stock repurchase authorizations.

VMware raised its full-year guidance for revenue and EPS, much like it did following its second-quarter report. An acceleration in VMware's NSX and EUC businesses compared to the second quarter, as well as the new partnership with Amazon Web Services, are likely two factors behind the guidance bump.

While hybrid cloud and software-as-a-service remains a small part of VMware's total revenue, the company continues to put up solid results as it adapts to a changing landscape.