Apple is better known in the U.S., but Samsung is still the supreme smartphone maker.

When you start talking about the companies rather than just their devices, things get even more interesting, not least because Samsung is one of Apple's top suppliers. Apple reportedly ordered 70 million OLED panels from Samsung this year for its new iPhone X model.

In terms of market cap, Apple's $894 billion swamps Samsung's $330 billion. However, Samsung benefits from being a supplier as well as an electronics maker. In fact, Samsung surpassed Intel in July as the world's biggest chip maker.

While Apple's name is arguably more well-known in the U.S., Samsung is still the world's biggest smartphone maker, snagging an estimated 22% of the market in the third quarter, compared to Apple's 12.5%. And Samsung is catching the eyes of investors, considering its stock is up 92% this year. Meanwhile, Apple, which just released a new iPhone lineup, is up 50% in 2017.

Let's take a closer look at Apple and Samsung. 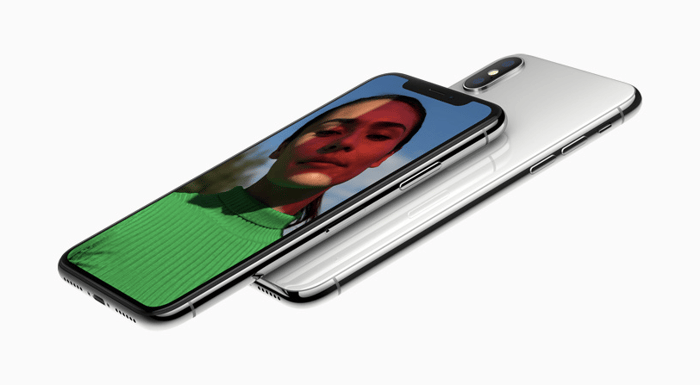 When you look at some basic figures from the two companies' balance sheets, it's clear that both have strong businesses. Let's take a closer look at the figures in the chart below.

Samsung's future revenue growth prospects are rosy too, particularly with the healthy chip demand and Apple's big OLED screen order. Samsung's increased dividend (more on that below) is further evidence that the company is confident in its growth potential.

Of course, Apple is not often one to disappoint in the revenue category. The tech giant's latest quarter saw 12% year-over-year growth in revenue to $52.6 billion. Meanwhile, net quarterly profit jumped to $10.7 billion, up from $9 billion in the year-ago period.

"We're happy to report a very strong finish to a great fiscal 2017, with record fourth quarter revenue, year-over-year growth for all our product categories, and our best quarter ever for Services," said Apple CEO Tim Cook in a statement.

While both companies are obviously strong and growing, Samsung's 30% year-over-year revenue growth in the most recent quarter is more than double the 12% year-over-year revenue growth that Apple reported. Samsung has benefited from an increase in worldwide chip sales, which could hit $400 billion this year, according to research firm Gartner. In fact, Samsung's semiconductor operation accounted for almost 70% of its entire operating income.

While Apple beats Samsung in terms of free cash flow, Samsung is still doing well on that front. High free cash flow means a company has money to pay out dividends, reinvest in the company, or buy back shares.

Both companies have chosen to reward shareholders with regular dividends.

In early November, Apple announced a $0.63-per-share quarterly dividend, which is the same as its last two dividends. That works out to a yield of roughly 1.5% at the stock's recent price.

At the end of October, Samsung announced a third-quarter dividend of 7,000 won per share. That is $6.45 at current exchange rates and works out to a yield of round 1%. Samsung also announced an extra surprise for its investors: It will double its annual dividend in 2018. Then the dividend will stay at the 2018 level for 2019 and 2020. In total, Samsung plans to return $26 billion in dividends to shareholders by 2020.

"The Company's share price has more than doubled since the beginning of 2016, a validation of our shareholders' approval of the improvements in our shareholder policy and confidence in the steps the Company is taking," the company wrote in a statement.

While Apple's dividend yield is a bit higher, Samsung has promised to double its dividend. The company said it plans to allocate 9.6 trillion won ($8.5 billion) as dividends for 2018.

You can't check the balance sheet and ignore valuations.

Samsung is the clear winner, here. But while investors might tend to go for the lower P/E ratios to snag some undervalued stocks, remember that higher P/E ratios are sometimes justified. Apple has a higher P/E ratio because investors are particularly bullish about its near-term earnings growth power.

In this case, while both are good tech buys, I say Samsung is the better buy when looking at value entry points.

Samsung trades at a more attractive price-to-earnings ratio and holds the title of biggest smartphone, chip, and TV set maker. In addition, while Apple has been generous in terms of dividend, Samsung is committed to doubling its dividend for 2018.

Samsung's position as the top chipmaker is particularly exciting in light of the current chip supply and demand environment. Revenue from Samsung's chip business climbed 51% year over year to $17.7 billion for the latest quarter. That bodes well for the company.

"For 2018, the company expects earnings to grow primarily from the component businesses, as conditions in the memory market are likely to remain favorable and the company expects increased sales of flexible OLED panels," Samsung said in a statement.

While you might own an iPhone and feel loyal to Apple, there's no harm in investing in one of its tech rivals when the company looks this good.